RiffTrax Live This Thursday! Plus LG Keltner’s Silent Soliloquy, Movie Reviews, Question of the Month, This is How I Work Bloghop, and Ninja News

RiffTrax: Live – Sharknado 2 is this Thursday! If you’ve never seen a RiffTrax show, this is an awesome opportunity. Get your tickets HERE

Final tour stop! I am visiting Bull Spec and contributing to their column, The Hardest Part. My topic - Starting a New Story After Finishing a Series. It's live now!

LG Keltner and A Silent Soliloquy 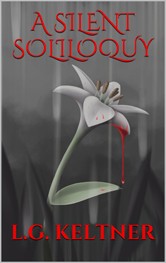 First of all, I’d like to thank Alex for letting me stop by today. It’s awesome to be here, and I promise not to break anything! I’d like to talk a little bit today about how the films I watched as a kid influenced my writing.

When I was younger, I used to watch all kinds of movies with my dad while eating copious amounts of buttered popcorn. Anthology-style shows like Creepshow and Heavy Metal were among my favorites.

Fast forward to last year. I had a handful of stories and an idea. That might sound like a corny first line from an autobiography, but it’s true. I started to notice commonalities between the stories. Dystopian societies, personal secrets, feelings being used against people, etc. Before I knew it, they were all coming together in my mind, and I had to write the story.

A Silent Soliloquy isn’t exactly an anthology story. In fact, I’m not quite sure how to describe it. There’s a narrator, and it is without a doubt her story. The other stories that have been woven into the narrative are her own accounts of the lives of others. While my story may not be quite like films like Creepshow and Heavy Metal, I credit them with its existence. Watching those shows when I was younger allowed my brain to see the connections that were there and gave me the courage to make the story happen. They infected me with their creative genius.

I’ll take an infection of creative genius over a real-life zombie apocalypse or super flu any day.

Now, who has the popcorn? I’m hungry.

Ninja News
Thanks for all the congratulations for making The Best Sci-Fi Books’ The 21 Best Space Opera Books. I still can’t believe CassaStar was number four!

Special thanks to my co-hosts and all the participants of the Insecure Writer’s Support Group. The heartfelt posts spoke for themselves and if you’re not part of this, please consider joining us.
Remember the point of the group is to encourage one another, so please visit others on the list and return comments of those who visit you.
I’ll be looking for co-hosts for the fall, so if you’d like to help out, let me know. Every co-host has said they really enjoyed the experience – trust me, it is a lot of fun on the hosting side!

The Miracle Girl by TB Markinson

Purchase it at Amazon US, Amazon UK, and Amazon CA

Dracula Untold
With poor reviews, I thought it would be atrocious, but it was much better than anticipated. Just don’t put too much thought into the history or it will fall apart.
Luke Evans (Bard in The Hobbit) was really good in the role.
It was a nice twist to turn Dracula into an empathetic character just trying to save his family and country. Also had some good action sequences.
Worth a rental!

Zombeavers
The title should’ve began with ‘Muppets After Dark’…
Granted it’s supposed to be a comedy, but they could’ve put more than $1.99 into the special effects.
The fact that it was trying to be funny both helped and hurt the film. And there was nothing horrific about it.
Did I mention the puppet beavers…?
I’d wait until RiffTrax got a hold of this one. 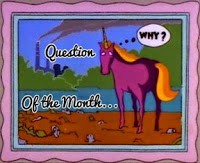 Question of the Month
Hosted by Michael at A Life Examined.

"What are three things that you'd do tomorrow if you weren't blocked by fear?"

Quit my job.
Join a rock band and hit the road.

And sorry, Michael – I could only think of two things!

What apps can you not live without? ITunes and Google Maps
What is your favorite blogging app? I just use Google
What gadgets (besides your phone) you can't live without? My iPad and my guitar pedals
What lifehacks make your life easier? Metal music is my lifehack – put it on and I’m a working machine!
Where do you get your news? USA Today
What are your favorite social media apps? Twitter
How do you blog? Once a week posting and lots of visiting
What is your day job? I work in web design, graphics, and technical editing. And I get to blog from work!


What sparked one of your book ideas? Can you co-host the IWSG this fall? Have you seen Dracula Untold or Zombeavers? How would you answer Michael’s question? What are some of your favorite apps? And who else is going to see RiffTrax: Live on Thursday?