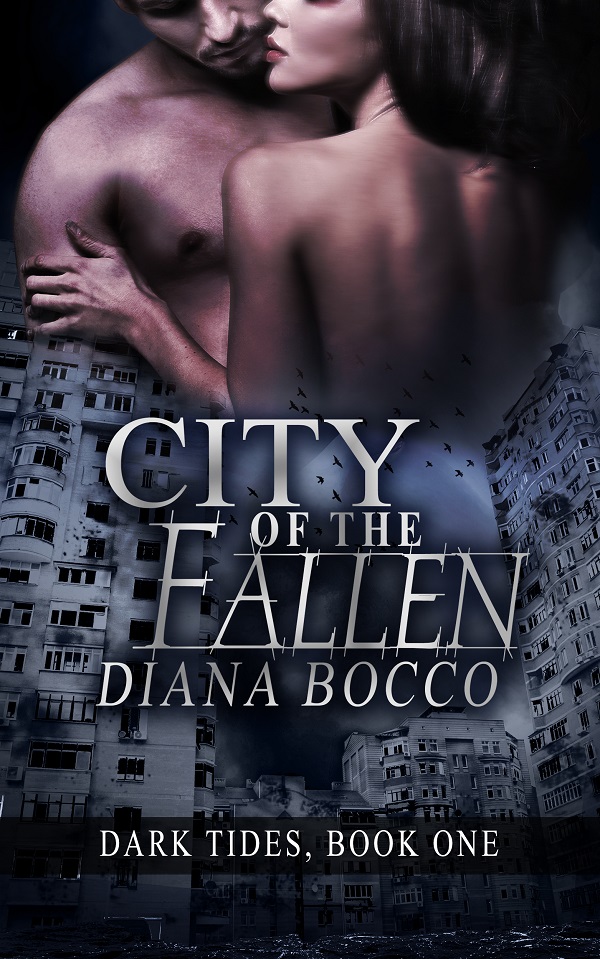 I love vampires and I love apocalyptic settings, so when I was asked if I wanted to join the Tasty Book Review Tour for CITY OF THE FALLEN by Diana Bocco, I jumped at it. If you’re a paranormal fan, stick around for my review and spotlight on this amazing first book in the Dark Tides series that promises much adventure and romance. Oh, and there’s a giveaway, too!

***eCopy provided by author in exchange for an honest and unscripted review.

Blurb for CITY OF THE FALLEN:

Five years ago, vampires came out of hiding and took over the world. It was meant to be a quick enslavement but it turned into a bloody battle that brought humanity to the brink of extinction.

Isabelle Bryant is one of the “lucky” survivors, now living in hiding, scavenging for food through deserted towns.

And she’s tired of it.

So she’s devised a plan: find the king of the vampires and drive a stake through his heart.

Except that wickedly sensual king Marcus is nothing like the monster she expected. And while landing on his bed was part of the plan all along, discovering that he might hold the key to humanity’s survival certainly wasn’t. The catch? Saving humanity also means ensuring vampire survival. It means giving up hope for a return to a human-ruled world.

As sparks fly and hate becomes heat, Isabelle must pick a side -- before the darkness devours them all.

Isabelle Bryant has survived more horror in the past five years than she expected to in an entire lifetime. She’s determined to do whatever it costs to put an end to the miserable life left for the human race to lead. Even if that cost is the highest price paid - her own life. Determined to get to the King of the Vampires, the leader of monsters that have turned the human world into a place of desperation and fear, she plans to kill the monster of monsters. Without saying good-bye to her brother, she heads off into the daylight in hopes of reaching the compound where the Vampire King rules before nightfall and almost doesn’t make it through the first night. Upon reaching the compound, she hopes to catch the eye of the King, and surprises even herself, when she does.

Marcus has much on his mind with the danger of rabids attempting to breach the walls of the compound. He is sure that his brother Patrick is gathering an army of rogue vampires to attempt to overthrow him and take over. If that happens, the human race will be lost forever. Then the void will spread throughout what's left of the vampire race and they will be lost as well. If his scientists can find the secret to human blood and replicate it in a blood substitute, all may not be lost anyway. Now that he has the assistance of a human doctor, a woman he cannot read or control, a woman who has taken up residence in his mind and his heart, and who seems to think she might have ideas that will help, all may not be lost – or so he hopes.

CITY OF THE FALLEN by Diana Bocco is addictive, dynamic edge of the seat action, and leaves the reader craving more, just when you don’t want it to end. The world created by Diana is dark, dangerous, and yet you develop a sense of unity that can and should exist between the humans and the vampires. Isabelle comes to the compound to wreak havoc on the vampires and yet soon determines that they need humans and their knowledge as much as humans may in fact need vampires to remake their world.

I highly recommend CITY OF THE FALLEN by Diana Bocco if you’re a fan of vampire romances, apocalyptic settings, and a story that will pull you, keep you entertained, and craving more. I’m so ready to read the next one, I want it now.

About the Author, Diana Bocco:

I've been a fan of all kinds of dark creatures since I was a kid (even before I discovered Stephen King at the age of 10). If it crawls in the night and tugs at your covers while you're sleeping, chances are I've written about it. It's 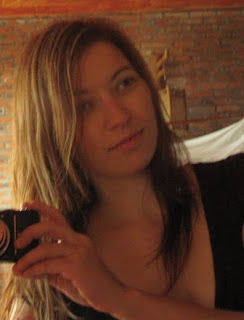 probably no surprise that I'm a big fan of old buildings, urban exploring and things that go bump in the night. Oh, and Halloween, of course -- but that should go without saying.

Growing up, I wanted to be Indiana Jones. I ended up not pursuing a degree in Archaeology (although I toyed with the idea for a while) but I did become a huge lover of travel and history. Aside from traveling to all corners of the world, I've also lived in five countries in three continents -- including three years in Siberia and two in Vietnam. I'm currently living in Thailand.

I have a soft spot for animals (which is why you can be sure that in my stories, the dog will always make it) and right now have three wonderful -- but slightly crazy -- dogs in my life. And yes, they move with me from country to country. Too bad dogs can't accumulate frequent flyer miles!

In my other life, I also write nonfiction: articles, books, and even quizzes for the Discovery Channel website. I really can't help it -- I'm a nerd at heart and love research and discovering new things. Could be the Indiana Jones in me pushing me along.

When it comes to life, I'm pretty fearless. I figure life is too short to live it too safely -- so I take risks and I try to have fun, whether that means snowshoeing in the middle of Siberia or going ghost-hunting in an abandoned asylum. And yes, I've done both.

CITY OF THE FALLEN, a Dark Tides novel by Diana Bocco, self-publish, available now in print and ebook formats at Amazon.

***click on the link or cover below for purchasing information.

I am a lover of all things literature, but there is a special place in my heart for Romance Novels, all kinds. My dream is to see my own romance novel in print or maybe many.