When I asked epic fantasy author R. Lee Walsh to describe herself, she said, “Author, Artist and student of the impossible.” I think that this is a good description of how most authors feel about themselves. 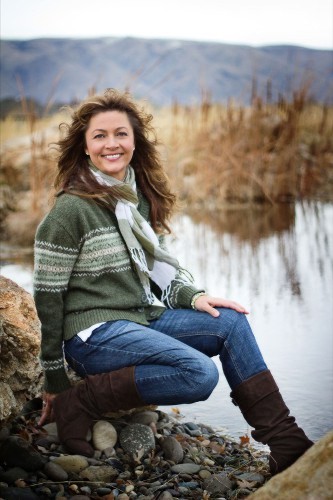 Am I the only one who feels awkward when talking about themselves? As a mother of two beautiful daughters who are nearly grown now, my life is filled with the typical joys and angst of raising strong, independent, women. I’ve also been the at home caretaker for my grandfather who suffers from advanced Alzheimer’s. I always consider myself a mother first, then a writer and last an artist and poet. I’ve been writing now for thirteen years, three of those full time.

I live in scenic North Idaho and also have two dogs and a cat who I find are the perfect writing partners. They listen attentively and never criticize me for those entire days I wasted on a chapter that seemed like a good idea when I was taking a shower but may or may not have merely been a side effect of watching too much YouTube, not enough sleep or too much Splenda in my coffee.

As a full-time writer, my life sounds pretty boring on paper. I mean, I sit in front of a computer several hours a day and dream up ways to torture my imaginary friends with hopeless situations, supernatural villains and unsolved mysteries. There are wondrous days when my friends surprise me and all my plot lines mesh and many others where I bang my head against the refrigerator at the end of the day and wonder how I ever thought I could do this job. However, the truth is, I love my life and what I do. I can’t imagine doing anything else.

When and why did you begin writing?

Interestingly enough, I began writing during a very stressful time in my life. My family was dealing with a terrible tragedy and to make matters worse I’d been suffering a health crisis and underwent several painful surgeries. I started writing as an outlet during my recovery and discovered a gift I didn’t know I had. Thirteen years later I’m still writing but feel like I’m just getting started.

When did you first consider yourself a writer?

I think I really considered myself a writer when I finished my first book. It was a memoir about my life during the year when my whole family was falling apart and just writing it was a huge accomplishment. I also had some award winning poems that sparked a line of greeting cards. While I very much enjoy writing non-fiction and poetry, fiction is my passion.

Can you share a little about your current book with us?

The Last Scribe Series is a ten part epic fantasy about the last surviving descendant of Enoch, an unusual girl who unknowingly inherits the secret of creation. Based on actual prophecies and controversial historical information hidden in the Apocrypha, supernatural forces wage war for control of this unusual girl who has no idea that the seemingly innocent things she’s writing in her diary are actually creating a new world.

While there are multiple installments in the series, in order to give your readers a better understanding, the long and short of it goes something like this:

According to a six thousand year old prophecy hidden in the Apocrypha, the last surviving descendant of Enoch will inherit the secret of creation, enabling him or her to create the future with the stroke of a pen. In order to protect that survivor, the identity of the last descendant has remained one of mankind’s longest running mysteries and is considered by most scholars to be the most dangerous person who will ever live.

Behind the scenes of the world’s largest mega-church, 18-year-old Hope Matthews can’t wait to leave for college. As far as she’s concerned, her stepfather’s meteoric rise to fame as America’s favorite televangelist has done nothing but make her life miserable.

Constantly surrounded by cameras and an embarrassment to her famous family, the only thing worse than her reputation as a troublemaker are the rumors surrounding her personal diary. When a jealous prank between siblings puts the unreadable contents of that diary into the spotlight, she’s labeled as suffering from mental illness. She soon finds herself the target of a bizarre conspiracy, accused of a brutal murder.

Wanted by the authorities and unaware of her world changing power, she flees from the sheltered life she’s known. Hiding herself in an underground world of runaways, rebels and graffiti artists, she’s secretly followed and protected by a powerful stranger named Yuri, whose mysterious origins run deeper than the scars that cover his body. A violent encounter uncovers the truth about her heritage, and she is faced with an impossible choice – if she saves herself and the people who betrayed her, it will destroy everyone she loves.

From the streets of Portland, Oregon, to the catacombs of Paris, an ordinary girl with an extraordinary destiny must find the courage to write a new world into existence as supernatural forces wage war for control, all of them determined to rewrite the future of humanity by becoming masters of The Last Scribe.

What inspired you to write this book?

One day I was in a second hand book store and saw the Apocrypha. As someone raised in a very religious environment, of course I’d never been allowed to read it. I took it home and read through the whole thing in a few days and when I was done, I knew I had my story.

Do you have a specific writing style?

I’d like to say I’m pretty simple and straight-forward with a touch of humor, but others say world-building and dialog are my strong suits. I don’t know if style is something I can decide for myself at this point.

How did you come up with the title of this book?

It started out as something else and was developed with the help of Michael Neff of Algonkian Workshops. He and I went back and forth several times and actually wrote the synopsis before finally coming to The Last Scribe.

Is there a message in your novel that you want readers to grasp?

Each and every person has the power to change the world.

Are experiences in this book based on someone you know, or events in your own life?

You know, all writers take some from their own lives and some from others. Being a writer makes you a student of human nature. There are little bits of everyone I’ve ever met in my characters–some more obvious than others. But at the end of the day, I’d have to say the characters wrote themselves. I’m always amazed at how they take on a mind of their own and tell me what they think instead of the other way around. The Last Scribe is really about Hope and her journey to uncover the truth about her heritage and ultimately the purpose of her life.

What authors have most influenced your life? What about them do you find inspiring? This is such a hard question because it depends on circumstances. I remember reading books during certain times of my life and being inspired, then reading them again and wondering why I liked them so much. However, I do have some that I will always love, like Ted Dekker and his When Heaven Weeps Trilogy. The allegorical nature of the story really moved me. I also loved Dean Koontz and the Odd Series as well as his darker, more terrifying novels like What the Night Knows and Relentless. I love the way he always threads faith and hope even in amidst the most horrifying story.

If you had to choose, is there a writer would you consider a mentor? Why?

I’m going to say Dean Koontz. I’ve read all his books and truly love how he uses every day people to tell outrageous, horrifying yet somehow inspirational stories. I don’t know any other author who does that.

Who designed the cover of your book? Why did you select this illustrator? It was a collaboration between myself and Tim Alexander of DieAtlantic designs. He’s been my website designer for years and got what I was trying to do from the start. I’d recommend him to anybody who wants killer artwork for their books and websites.

Do you have any advice for other writers?

Don’t give up! I can’t tell you how many writers I know who have given up on their stories without ever finishing them. Join a writing group with people you don’t know (objectivity) and really invest yourself in it. Listen to advice and critiques with an eye for improving your writing, not just arguing your point. If you want to be good at any craft, connections, and commitment and ongoing education is paramount. Also, write because you want to and not for money.

Do you have anything specific that you want to say to your readers?

Thank you. Every last one of you, the good and bad have made what I do worthwhile. 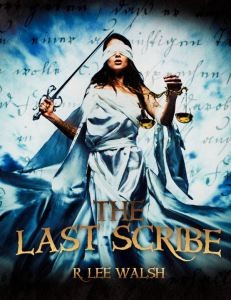