Robert Mullin is a cryptozoologist who has traveled to Africa three times in search of a living dinosaur. He was featured on an episode of the History Channel’s television show, Monster Quest. I am pleased to welcome him here on No Wasted Ink. 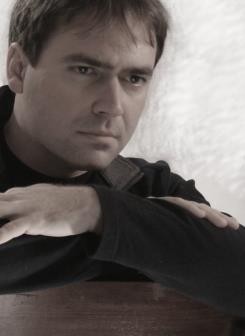 My name is Robert Mullin, and I am a couch potato who has traveled to Africa three times in search of an animal whose physical description matches that of a living dinosaur. I am interested in a number of eclectic subjects, most of which reside just off the borders of the known realm.

When and why did you begin writing?

Though I had done a number of smaller projects in my early years, I didn’t begin writing in earnest until I was in college, when an English teacher told me, upon reading one of my papers, that I was going to be a writer. Coincidentally, my cousin and I were playing with the beginnings of a story at the time, and I decided to see if my instructor’s words were prophetic.

When did you first consider yourself a writer?

Probably not until I finished my first “real” novel in 1998 and realized that, clunky as it was, it was a complete, coherent story with the potential for broader audience appeal.

Can you share a little about your current book with us?

Bid the Gods Arise tells the story of two cousins sold into slavery on another world and getting caught up in the machinations of an ancient evil that hunts their souls. The series is a mythic hybrid drawing from a number of genres, from epic fantasy to supernatural to science fiction. These are not set at odds with each other, but part of the whole cloth of the narrative.

What inspired you to write this book?

My late cousin and I used to take walks and talk about movies and novels we enjoyed. One of our laments was that there were a great number of stories whose premises were sabotaged by poor execution. While we’ve all seen a number of well done but unoriginal films, we felt that most of the really interesting stories that could have been truly great were lackluster because the treatment did not meet the high bar set by the concept. Perhaps somewhat arrogantly (or at least naïvely), we set out to rectify that with our own story, borrowing liberally from various things we found interesting, but in a setting entirely our own. All good authors steal, but the smart ones file off the serial numbers, so I don’t tend to reveal most of my inspirational sources.

I can say that my Star Wars fandom has probably played the most significant role in terms of how I approach the fiction itself. While that series, like most masterpieces, is inherently flawed, I very much identified with the notion of trying to make the unfamiliar familiar, and utilizing grand mythic themes to tell otherwise simple human tales. I tend to prefer mystical/spiritual fantasy to magical fantasy, so in that respect as well the story borrows heavily from the Star Wars model. I deliberately tried to stay away from the fantasy/sci-fi clichés of unpronounceable names and implausible magic systems, and instead focused on real, memorable people who are the true heart of this cosmic drama.

Do you have a specific writing style?

I don’t think so. I grew up reading the classics, so I had to unlearn what are now considered bad habits for writers. I have not read the works of most of the authors I have been compared to, so I can’t really say how accurate those comparisons are.

How did you come up with the title of this book?

The title literally woke me up one night as I was still working on one of the early drafts. It seemed to sum up the primary theme of the novel and have a unique cadence. It might be a bit like catching lightning in a bottle; the tentative titles for the subsequent novels in the series don’t have that structure though they will feel consistent.

Is there a message in your novel that you want readers to grasp?

I prefer readers to draw their own conclusions. Like Tolkien, I “cordially dislike allegory,” and “prefer history—true or feigned—with its varied applicability to the thought and experience of readers.” I don’t think it’s possible to read Bid the Gods Arise without knowing where I stand on certain things, but I would hope that I do not bludgeon readers with my worldview, but rather allow it to shape the tale just as most authors do, consciously or unconsciously. I suppose that if there were one thing I would hope people take away, it would be the notion of hope and choice in the face of what appears to be fate.

Are experiences in this book based on someone you know, or events in your own life?

The relationship between the two primary characters is an oblique homage to the relationship I enjoyed with my own cousin, and one of the recurring dreams the visionary character has is a dream that used to wake me up at night when I was a boy. The other characters and events generally draw more from history, the classics, or people I know secondhand. My travels to Africa did help shape a few elements, but they came after the first drafts of the novel were done, so they aren’t overt.

What authors have most influenced your life? What about them do you find inspiring?

C.S. Lewis, J.R.R. Tolkien, Jules Verne, Herman Melville, Timothy Zahn, to name just a few. Each one of them has taken me to other worlds (or at least far away and exotic places), and the latter, more contemporary, has the gift of getting me to turn the pages without being aware of the fact that I am reading. The authors I most admire have created worlds to which I long to return, either because of the magic of their storytelling or the power of their convictions.

If you had to choose, is there a writer would you consider a mentor? Why?

C. S. Lewis, because of the approach he took with his novels. He and Tolkien decided that when no one was writing the books they wanted to write, they would just have to write them themselves. That’s something I can definitely identify with. But I also very much admire the way he integrated his personal apologetics, philosophy, and worldview into his novels. Lewis was a brilliant man, and I would have loved to sit at the feet of the master and learn all I could from him.

Who designed the cover of your book? Why did you select this illustrator?

James Cline of Kanion Rhodes Studio. He had done the covers for a series done by a friend of mine (K.G. Powderly’s Windows of Heaven series), and I actually suggested him as a possibility for my fellow Crimson Moon Press author, J.C. Lamont. After he proved that he was able to visualize some of the unique concepts for her books, I talked with him about my own.

Do you have any advice for other writers?

Don’t fall into the trap of wanting to publish the first book before the second is complete. Get off Facebook. Don’t let life stress you out to the point that you forget to write.

Oh, wait, this is supposed to be advice for other people.

Read everything you can, and learn as much as possible about the craft. Learn the rules like a pro so you can break them like an artist. If you think you’re ready to publish, sit on it, finish the second book, and then go back and revisit the first.

Do you have anything specific that you want to say to your readers?

Thanks for taking the time to let me talk to you, and I look forward to feedback from new readers! For the longsuffering fans waiting patiently for the sequel, please do not give up on me. 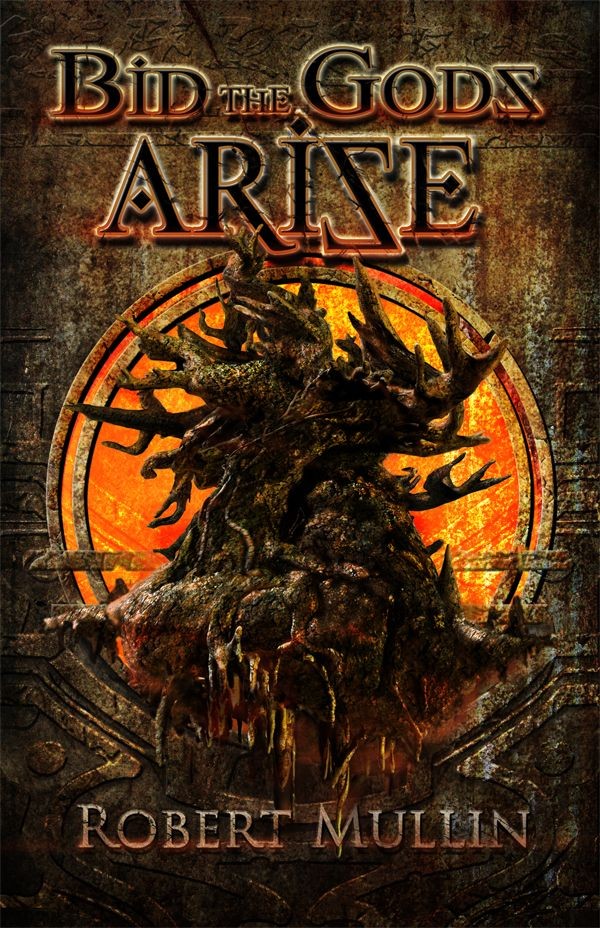