6 Vote
I’m back from vacation! Did you miss me?
Today I am visiting Karen Lange with outlining tips and how to avoid a messy first draft. 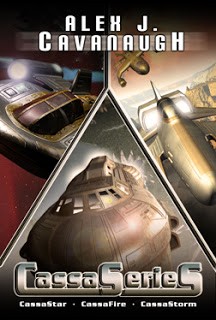 CassaSeries
My publisher has put my Cassa books into an eBook boxed set and it is slated for release June 22, 2015! You can pre-order it now. 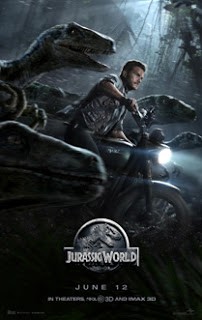 The fourth installment starts with a theme park built on the same island as Jurassic Park, complete with a main street, petting zoo, rides, and thousands of visitors. All havoc breaks loose when a deadly hybrid dinosaur escapes.

Let’s face it – no matter what they do, they will never capture the magic that was Jurassic Park. Yes, the park is now a functioning theme park, the special effects are great, and the new dinosaurs are fearsome. But the genie is already out of the bottle…

Chris Pratt is the best part of the film as a kick-butt raptor trainer. He proves he can lead films and do a diversity of roles.

While it’s always fun to return to the Jurassic world, and who doesn’t dig seeing dinosaurs running around, this film did have issues and some plot holes. It shouldn’t be a leave your brain at the door kind of film, but if you’re going to enjoy it, you’ll have to.

My biggest issue was a lack of contingencies should one of the dinosaurs escape. They said the hybrid had an implant that would zap her if she got to close to the main park, and yet other escaping dinosaurs seemed to lack this. Plus with this kind of park, there should be more backup than a few guys with tranquilizers.

My other issues was with the sphere ride and how riders could just take the ball anywhere. Now, I’ve been to enough theme parks to know that almost all rides are on tracks and the rider does not control anything. Letting patrons roam around the valley as long as they wanted with really big dinosaurs around seemed like a bad idea. (And it was.)

There were numerous other issues I won’t go into, like flat characters and plot details that went nowhere.

I really wanted to love this film, especially after seeing the good reviews, but I’d have to place it as my third favorite behind Jurassic Park and The Lost World. It was better than the third, but not by a lot.

Leave brain at door and watch just for the big dinosaurs and Chris Pratt.
RiffTrax on At Midnight with Chris Hardwick

The RiffTrax guys – Mike, Kevin, and Bill – appeared on the show on June 9. It’s a ‘game show’ that has contestants coming up with funny lines to go with situations, images, and hashtags.

It was the first time those three had been on Comedy Central since Mystery Science Theater 3000 was cancelled.

And it was hilarious!

Mike had some of the best one-liners:

#worstrealityshow – Are You Taller Than a Fifth Grader?

Scene with teen boys running into villain in an S&M mask – Oh no, we wandered into Andy Dick’s backyard!

Bill won the game with a line that I can't really repeat here...

Watch it streaming at Hulu

There is a huge giveaway of adult and young adult books happening this week! It starts Tuesday, and a couple of my books are included. See Jessica Therrien’s site for a full list and to enter. Open until June 30.

Movie Trivia
Answers from last week:
1 - This 1975 movie with Doug McClure took place during WWI and involved a German sub finding a place called Caprona. The Land That Time Forgot
2 – This 1969 film was half Western and involved a T-Rex. The Valley of Gwangi
3 – This 1988 animated film spawned many, many sequels. The Land Before Time
4 – This 1997 movie involved two groups of people with different agendas on an island with dinosaurs. The Lost World
5 – This 1993 film was produced by Roger Corman, spawned two sequels, and starred Diane Ladd. Carnosaur

This week, an easy one – name the monster or creature in these films:

Did you see Jurassic World this past weekend? Anyone catch the RiffTrax guys on At Midnight? Get any of the trivia right? Know the monsters this week? And anyone want to help me announce the release of the CassaSeries trilogy next week?
Don’t forget to visit Karen Lange!