Only two movies have been number one at the box office this year for four weeks straight – Furious 7 and American Sniper. 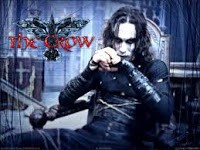 A remake that should never be made…

Production continues to flounder on the remake of The Crow. According to the AV Club, yet another lead man departed this summer:
It was nearly four years ago that Bradley Cooper exited the project, after which the lead role was reportedly offered to notorious goths like Mark Wahlberg, James McAvoy, and Channing Tatum. Since then, the project drifted from Tom Hiddleston to Luke Evans to, finally, Boardwalk Empire‘s Jack Huston. Now, Variety reports, Huston is out too, the result of a “scheduling conflict.”

My wife and I recently watched the original film. There is absolutely no reason to remake it.

There is no way to recapture the mystical quality of the film. Ever. The creator of the graphic novel, James O’Barr, wrote it as a way to deal with the death of his girlfriend due to a drunk driver. That Brandon Lee would die on the set, and while engaged to be married, amplifies the powerful emotions this film captures.

Alex Proyas, who also directed Dark City, did an amazing job with the film. It contains so much atmosphere and the effects hold up well after over twenty years. Not to mention that the soundtrack is kick-butt.

I can only hope that this project continues to be sidetracked…

Box Social Contest Winner!
It's time to announce the winner of the box social contest!

Last week, I asked you to guess which box--red, blue or brown--contained the lizard. Everyone who guessed the correct box was entered into a drawing for a free e-copy of my new book, Precious Atonement. 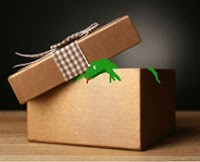 The lizard was in the brown box!
For the record, I accepted brown, tan, bronze, cream, gold. If you didn't say red or blue, you got added to the list. ;)

Thanks to everyone who played, and a big thanks goes to Alex for hosting me. Melissa Maygrove

Dianne Salern i is holding a cool giveaway! Win a Transitioner’s 16 Month Calendar — complete with 8 days a week! Open until August 31.

Denise Covey and Yolanda Renee have started up Write...Edit...Publish again. This month, it’s Spectacular Settings. See their sites for details.

The Box of Souls by Tanya Miranda
Available at Barnes and Noble, Amazon, iTunes, Smashwords, and CreateSpace
You can also enter the Goodreads giveaway. 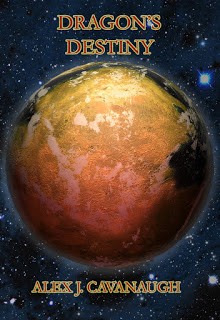 Dragon’s Destiny!
At the request of Truedessa, I have written a short story that takes place after Dragon of the Stars.

Thanks to everyone who has read Dragon of the Stars! It still amazes and humbles me. To think I never even wanted to be an author...
Questions!
And finally, just some Internet questions that really have me curious…

What compels you to put someone in your sidebar?
(I update mine once a month or so, and anyone who visits me every week, and I visit them, goes in my sidebar.)

Are you ever intimidated to leave a blog comment?
(I don’t think I’ve ever been afraid to leave a comment. We’re all just people after all…)

What other social platform would you recommend?
(I’m considering either Tumblr or Pinterest. Not sure which one.)

What’s the worst thing about Twitter?
(For me, it’s a toss-up between people who claim that can get you thousands of followers and those who constantly Tweet ‘Buy my book.’)

For those who have been around a while, what’s an aspect of blogging you really miss?
(I miss the variety. I used to have the most eclectic followers, and now it’s almost all writers and authors. I love you guys, but where did everyone else go?)

Do you think they should remake The Crow? Did you guess the brown box? Are you participating in Write...Edit...Publish? Get the movie trivia right? Want to read Dragon’s Destiny? And what is your opinion on the questions…?
And I will be visiting with friends later this week, so I won't be around Thursday through Saturday.