Fangirling at the X:Men: Days of Future Past Global Premiere X-MEN:DAYS OF FUTURE PAST!!! WOAH!!! Though the latest in the X-franchise made its debut to the public yesterday, I had the honor of seeing an advance screening at the New York Global Premiere, and of course I followed up with a viewing last night. But lets talk about this. 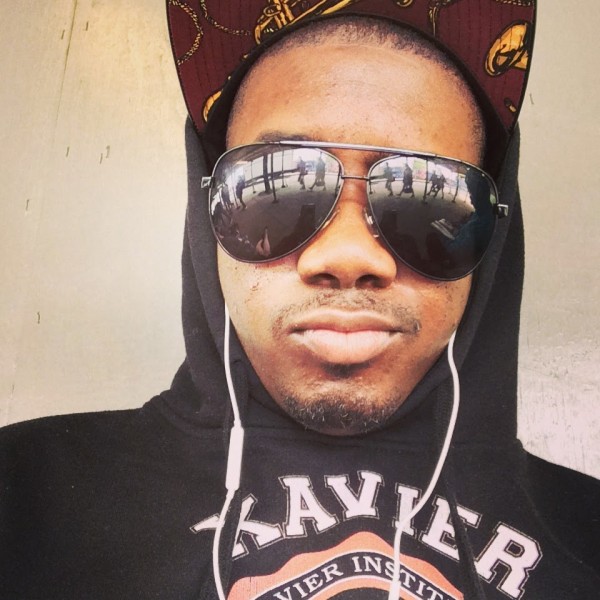 So starting at the crack of a**, sorry...I mean dawn, I stood in line (being about the 300th person there thus far) at the Javits Center to await entry to the premiere. Now, two things to note here: you had to be one of the first 500 people to witness the redcarpet, and see the movie that night (2 weeks before the public) *groan*, and secondly you waited outside, and entry didn't start till 4pm. That is me pictured above giving you my best, "I'm here to see Michael Fassbender so we can get married, please don't f*ck with me" face. Oh, and did I mention it was 7:45 am.

Yea, 8 am to 4pm, just let that sink in. But make no mistake, we did indeed bring fold up chairs - even at a completely geek-centric outing, the fabulousity must be maintained. 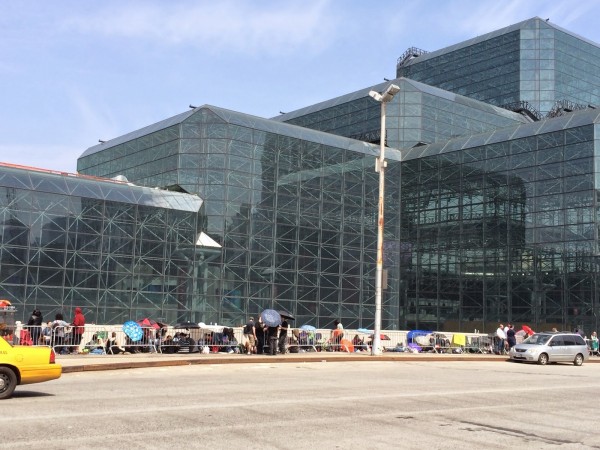 So I waited, and waited, snacked, slept and then waited some more. Thank god the bestie tagged along for "moral support." (Psssh, She really just wanted to see JLaw, peep her obsession.) Above is the line outside the Javits around 12 pm.

But in the midst of my waiting, something magical happened! *cue squeal* My husband-to-be responded to one of my questions for the #Xmenlive twitter take over.

. @ralph_nerd #Fassbender: "I like the dentist work that I did in the 1st film. My favorite scene from #DOFP was the Kitchen w/ Quicksilver"
— X-Men Movies (@XMenMovies) May 10, 2014

But afterwhile time remained to be a lingering pain in my ass....and just when i thought I'd have to hurl a bolt of lightning to get the staff moving along (it was soo past 4), we were finally given two bits of good news: we got cute wristbands, aaaaand we were among the first 500. BAM! 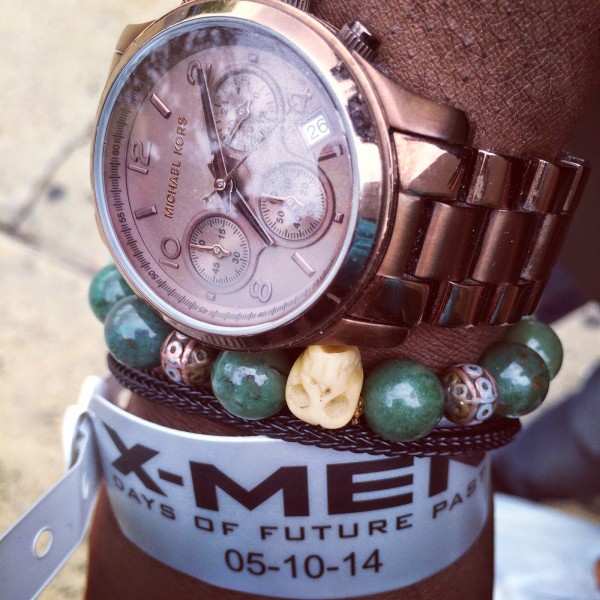 So of course, this was absolutely necessary. No judging. At all. I mean it.

So we've made it, we've reached the promiseland. Now normally I'd never call the Javits Center "the promiseland", but the winds decided to rebel against me, thus making it rain. Unfortunately there were no singles included in this downpour. But inside we go, and I see this. 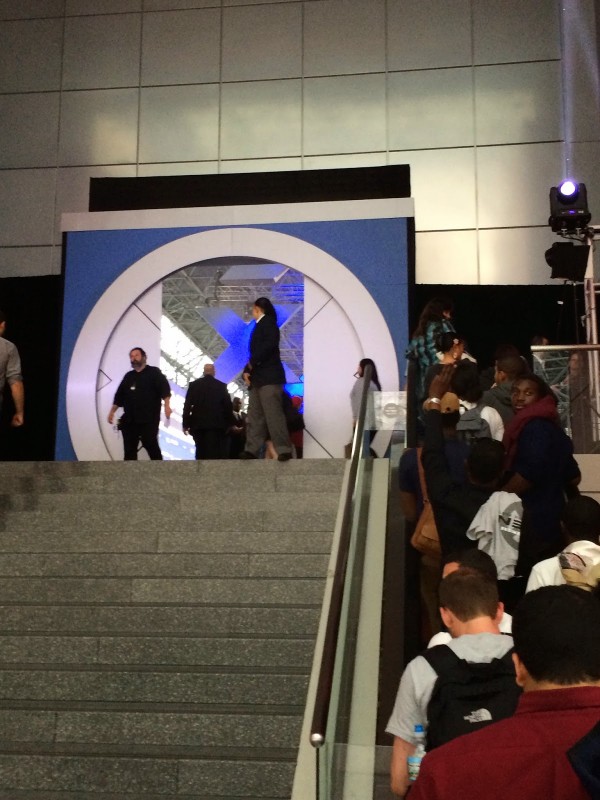 Only to be followed by this: 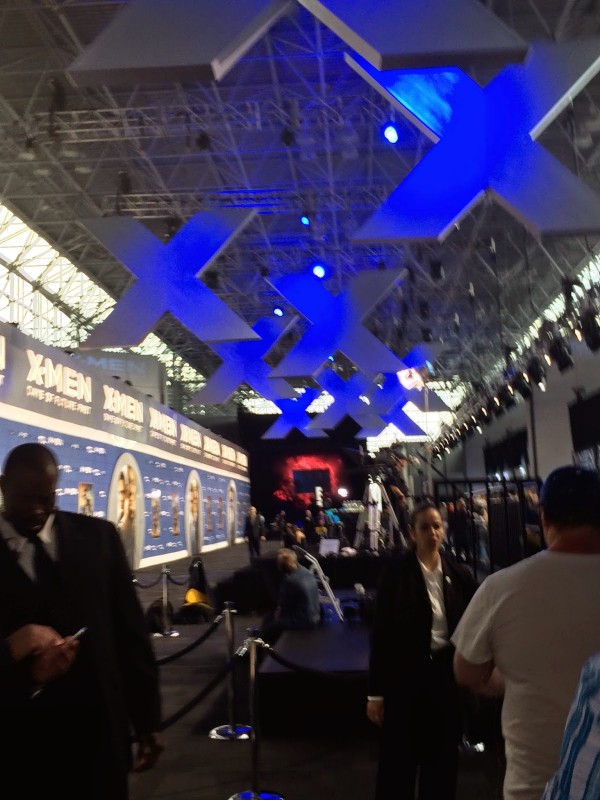 So again, I stressed to myself and le bestie, we made it to the promiseland. And we up in here like:

There's more waiting. Let me be clear that 70% of this day was waiting, but at least this time there was seating (by the blue carpet), and some douche of a host asking obscure X-Men trivia questions for prizes. Case in Point: "Which X-Men character made their debut in an X-Men, or New Mutants title?" Yea....umm like all of them! But, I did bring home a poster signed by Hugh Jackman and a kick ass T-shirt. 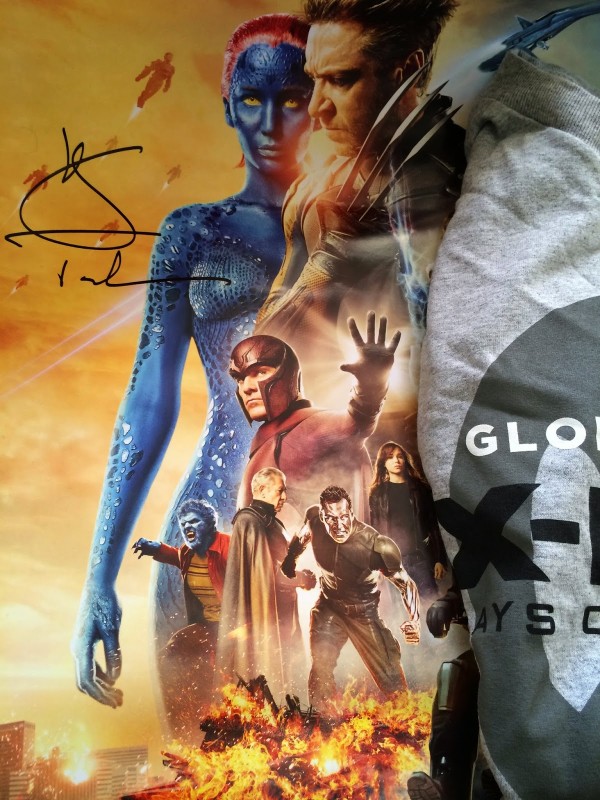 Alas! The celebs have arrived, starting with Hugh Jackman! 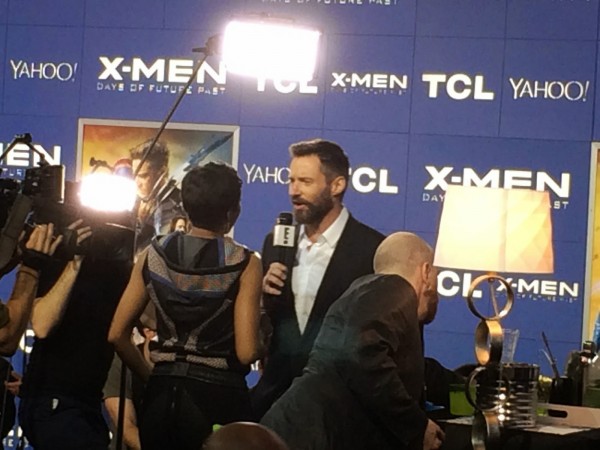 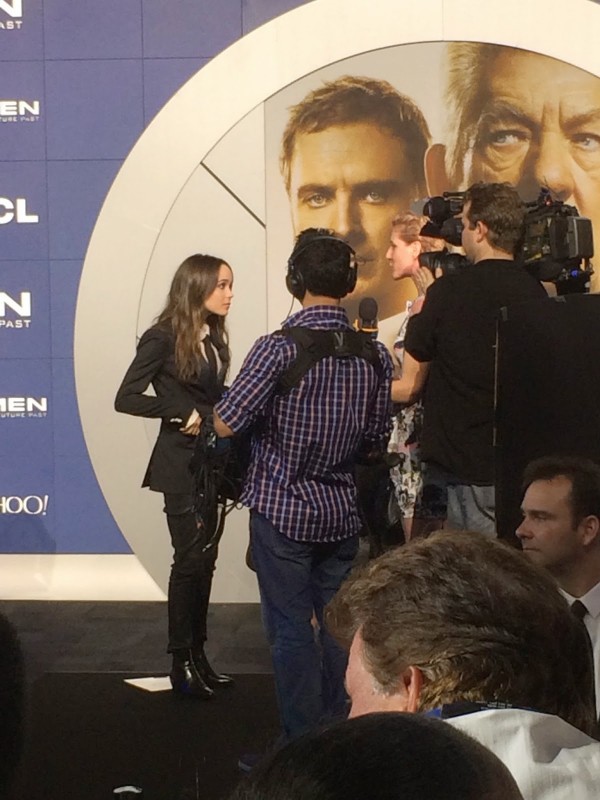 Completely lost my marbles when I saw Patsy. (Patrick Stewart to you normal folk.) 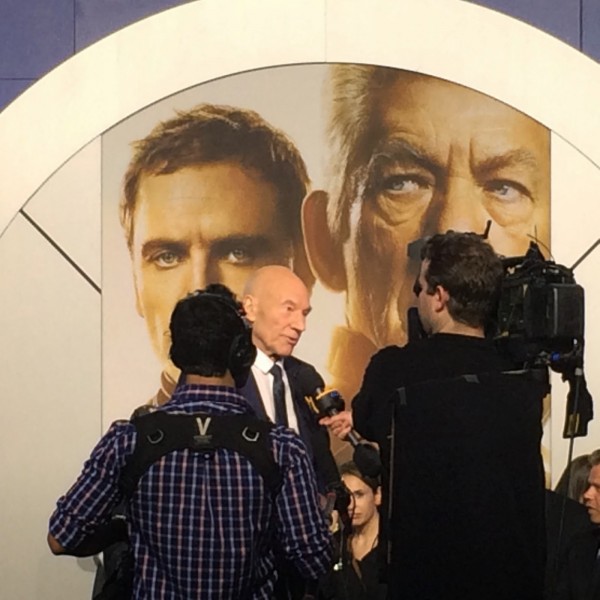 And you know that chick Katniss? She showed up too. 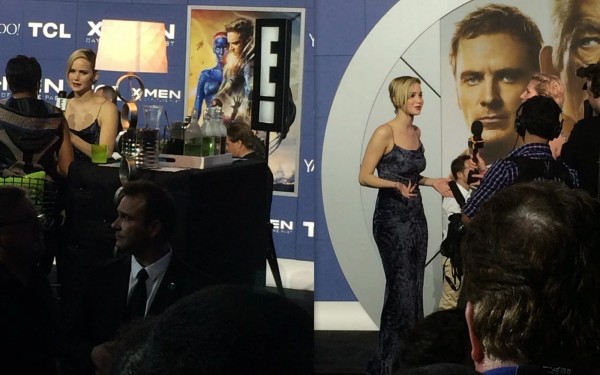 #DEADIAMDEAD Sidenote: I told him (more like screamed till I ruptured my larynx) he looked like bacon. And for those of you that don't know, thats one hell of a compliment. Look at him waving at me and thangs. 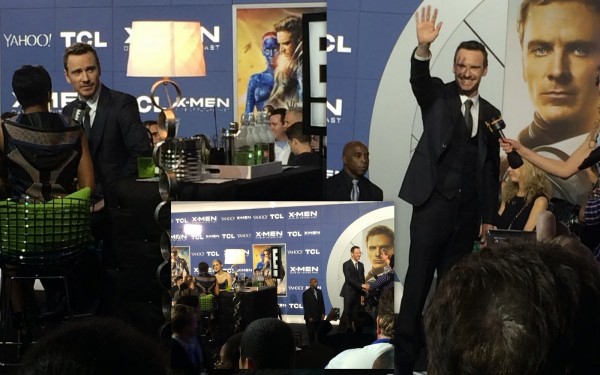 Daniel Cudmore (Colossus, the gent on the left) is friggin 6'8, and they had to follow up with Peter Dinklage afterwards. The height difference is jarring to say the least. But umm Nicholas Hault's suit? Perfection. 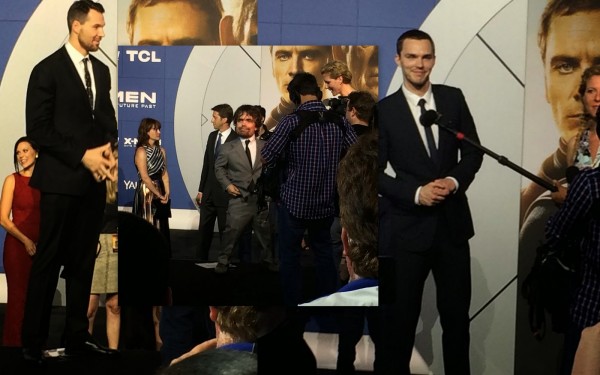 After all of that, we were escorted off-site to see the movie that evening. I was a very, VERY happy nerd, an exhausted nerd, but happy nonetheless. 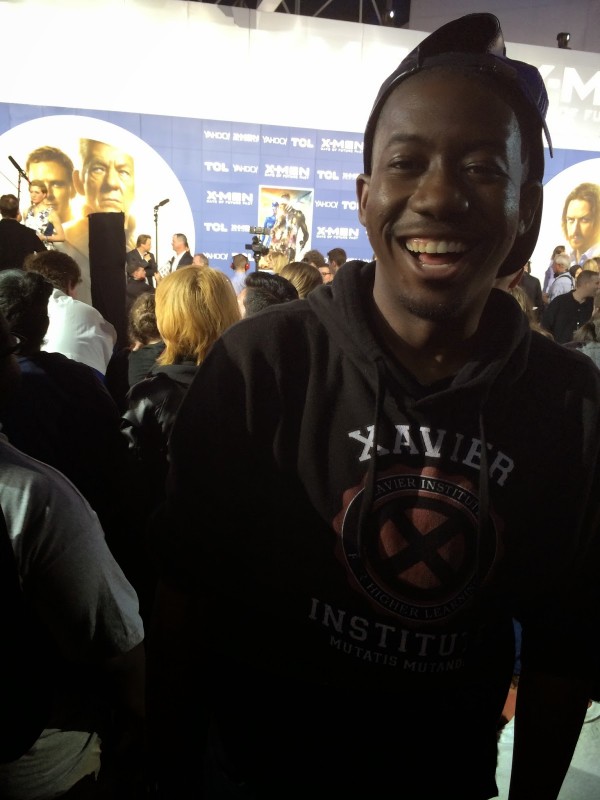 As ridiculously cheesy as it sounds, I should take a moment to acknowledge that this was something that I've always dreamed of. The X-Men have been a staple and an inspiration to me since I can remember. It was in the pages of these comics that I learned self love, and accepting the fact that I was different. So I'm ecstatic and still in an endless state of disbelief that this happened. And my thoughts on DoFP? My favorite movie in the canon thus far.

P.S. Sorry I've been away so long! I'm writing for Geek Magazine now (another dream come true, feel free to check out my work there), so my time's been spread pretty thin, but I'll make it up to you with a lifetime supply of Avengers fruit snacks and selfies. Ok, maybe just the latter.