I write a lot for my day job, as a nurse-midwife in New York City. Ten years ago, bored by academic and professional writing, I began a string of creative nonfiction projects, including two memoirs. One chronicles my career in The Bronx, Harlem, and Washington Heights. The other explores the trials and tribulations of motherhood.

But there is only so far you can go with nonfiction. Sometimes you don’t know where the story ends, or it doesn’t end in a way that lends itself to good storytelling. Fiction, paradoxically, requires a greater amount of universal truth to allow a reader to enter into what Gardner called the “fictional dream.” Then, there remains a challenge of creating characters with the goals, motivation, conflict–and context– to carry a story forward.

In the speculative genres, the writer must develop an entire world–be it science fiction, fantasy, or supernatural horror–to support extrapolation of current scientific realities, provide a plausible magical system, or justify the macabre and murderous whims of magical and mythic beings.

Midwives have long been associated with the use of herbs and potions, as well as with witchcraft. Most of my colleagues are not witches, but before the advent of modern medicine, women were called upon not only to assist with childbirth, but also to use their knowledge to heal any number of ills, both physical and psychological, in men, women, and children. When the outcome was not good, or the one expected, the midwife was often accused of witchcraft or sorcery.

Modern midwifery practice embraces all belief systems and incorporates the use of herbs and alternative medical practices and, as such, Wiccans and those with less mainstream religious and spiritual practices often seek our services. Though divination and connection with ghosts and spiritual beings lies outside the grasp of my mind and abilities, watching those who have the gift do their work has convinced me that all humans have the capacity to use parts of their brain in the same way, but few have developed it.

The first step is opening one’s mind to the possibility, then embracing it with a peaceful, accepting attitude. But in order to transfer that into credible fantasy and paranormal fiction, writers must, at the very least suspend disbelief and, at best, understand and accept it themselves.

In addition to mining my experience and harvesting story ideas from dreams, I’ve applied my research and journalistic skills to writing paranormal romance and urban fantasy. I begin with the facts. Huh? We’re talking paranormal, right?

Herbology, alchemy, astrology, tarot, and divination are as old as history. Prayers and offerings to deities in exchange for favors, intercessions, and miracles are part of most religions, as well as the belief in an all-powerful being or beings that manipulate events. My grandmother was a devout Catholic but lit candles in her home and in church invoking the saints and asking for special favors. Her favorite was Saint Anthony.

I value among my friends and clients many witches, energy healers, and spiritualists who have taught me much about their beliefs, and allowed me to experience how rituals (including births conducted in settings where the space is conducive to spiritual and metaphysical connections) generate energy, and how it is channeled to produce the desired effect or outcome. To research the paranormal elements in my fiction, I perform a type of research known as ethnography, where one enters the culture and environment as a participant, not simply an observer.

I’ve carefully followed the instructions of a santera on the use of teas, banishing and cleansing, potions, offerings of fruit and burning scented candles to heal both physical and emotional distress (much the same way people use aromatherapy and many Catholics light votives and pray to saints). I found my way to a gifted Chinese acupuncturist and energy healer who blew the “black smoke” of bad energy off me before, after and during my treatments, during which I feel the Qi hissing out of the needled sites like champagne bubbles. She meditated at my side during the sessions and saw things in my past that haunt me—and that only I could know—before she dispersed them.

Natural phenomena, like observing a woodland full of blinking fireflies, gave me pause to consider the possibility that fairies really do exist. I’ve talked with ghost hunters about their research and practice and learned how to monitor for electromagnetic activity. I attended Faerie Fest in upstate New York, which was a truly magickal experience. Even before I had a statue of St. Francis of Assisi in my yard, strays of every ilk regularly showed up on my doorstep looking for help.

Ethnographic research allows me to create more truthful and meaningful memoir and personal essays, which bridges the gap between academic and creative non-fiction. It gives me an endless supply of story ideas—and I can decide whether to embellish them with fantastical elements or to post them on my Twitter meme #petitemeetstreet to show off the best and the worst, the craziest and the saddest New York City moments that get my op ed juices flowing.

Ethnographic research and writing also make me a more empathic nurse midwife—since I can better understand the influences affecting my patients– and convey that to students and the many new nurses and doctors I teach and precept. While making my rounds, dashing between jobs and assignments, all my senses are in high gear, taking it all in, dictating notes into my phone, scribbling phrases onto scraps of paper and the back of the collection of parking meter payment receipts on my dashboard.

I approach research for my paranormal fiction as a traveler who wants to enter the culture to best experience it. Showing up with a camera, pad, and pencil will not allow you to obtain the information you need, nor the context required to translate it into a compelling plot with believable characters. If you’re going to ask readers for leaps of faith, you’ll need to take a few yourself. 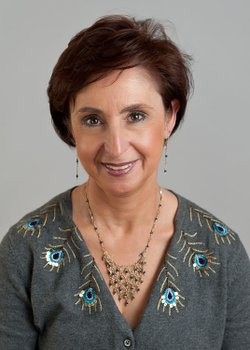 Carole Ann Moleti lives and works as a nurse-midwife in New York City, thus explaining her fascination with all things paranormal, urban fantasy, and space opera. Her nonfiction focuses on health care, politics, and women’s issues. But her first love is writing science fiction and fantasy because walking through walls is less painful than running into them.

The first book in Carole’s Cape Cod paranormal romance novel series, The Widow’s Walk, was published by Soulmate. Her urban fantasy short stories have appeared in the Toil, Trouble and Temptation Anthology and Haunted, Bites, Beltane, and Seers, all part of the Ten Tales series. Carole’s review and commentary pieces have appeared in Lightspeed, The Internet Review of Science Fiction, Tangent Online, The Portal, and The Fix. Her creative nonfiction has been published in a variety of literary venues.