Dominating box offices this weekend , Iron Man 3 opened with an incredible 175.3 million. The lastest installment of Marvel's golden boy turned out to be a pleasant surprise  redeeming the franchise from the disappointing sequel. If you're anything like me, then you're still reeling from the sheer awesomeness of  the explosive action sequences, the armada of stark suits  and the well expected smart mouth quips. If you're still looking for something to hit the spot after IM3, then check out my four ways to remedy your Iron Man craze.

4. Flashback-  If you haven't already, now would be the time to dive into the remaining Marvel cinematic universe. Play catch up with the first two Iron Man films. (Ok, maybe not the second one), The Hulk (where he makes a cameo appearance), and last but certainly not least The Avengers. Cinematic universe aside, Iron Man makes for incredible watching in all of Marvel's current animated series. Check out some of my faves below. 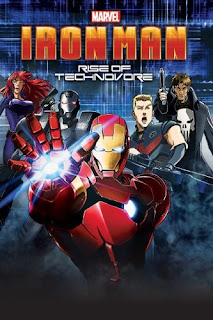 Iron Man : Rise of Technovore - Unfortunately Marvel doesn't dominate the animated world like DC does; however every once in a while they produce a pretty epic cartoon. Case in point, Rise of Technovore. It's fun, action packed and features some of Tony's best comrades like Black Widow, Punisher (voiced by The Walking Dead' s Norman Reedus) and Hawkeye. 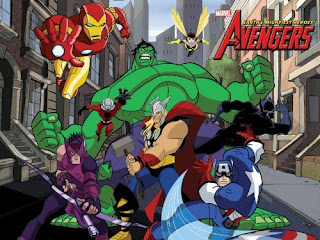 Avenger's: Earth's Mightiest Heroes-  I was resistant to the series, because of the animation here. But when I tell you it's one of the best animated series since the 90's run of Marvel, I mean it! The chemistry between the heroes is fun and organic and it definitely keeps you on the edge of your seat. And like the Marvel cinematic-verse, Tony is the true star


3. Gear- I am the champion of graphic tees. I live in them. They add character and some personal charm to the wardrobe.  So why not show your favorite billionaire genius some love? There's a ton of Iron Man graphic tees out there, but check out these guys below. It's the next best thing from having your own Mark VII suit.

2. Recommended Reading- There's a ton of comic material for Stark out there, but below you'll find some of my favorite reads including Extremis in which the third film is based off of.


1.  Gizmos and Gadgets- If your fandom is still brewing out of control, it's time to head to phase two, collecting. Whether it's an action figure for your kid (let's be honest here), or a limited edition poly-stone statue, Tony Stark is pretty much everywhere.