6 Vote
I’m visiting EE Georgi’s at Chimeras today, discussing the path of my books and what it took to start over with a new universe in Dragon of the Stars. (*It's live now!)
And if you missed it, I talked about the secret to marketing at Patricia Stoltey’s last Thursday.

New From RiffTrax!
Remember the travesty that was Rock ‘n’ Roll Nightmare?

Ninja News
Today at the Insecure Writer’s Support Group we have none other than the amazing Elizabeth S. Craig, discussing audio books for independent authors.

And at the A to Z Blog, the Themes That Rocked the Challenge guest is Hank Kaykuala. He highlighted his friend, Yusuf Hashim, who takes people on photo adventures around the world. Be sure to stop by! 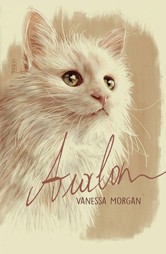 And visit her site this month for a chance to win a $25 Amazon gift card, a signed book of Avalon, a cat collar, and a pack of cat toys! 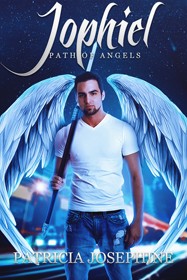 They must fight to stay on the path…

Find it on Amazon and Goodreads

Battle of the Band results –

The song was Shock the Monkey and despite early votes one direction, favor swung later on. The voting tally, counting mine for Coal Chamber:

Appreciated all of the congratulations last Wednesday!

Several of you had questions regarding the translation of CassaFire into Turkish, which I will do my best to answer here.

The publisher is Gürer Yayıncılık Publishing, LTD and CassaFire will be the beginning of their science fiction line. (Yes, they picked my book first! No idea why…)

The translation won’t be available until next year. I’ll keep you posted on the release date.

I hope to get a copy of the book (they are doing a print run as well as eBooks) but it depends on how many copies they send to my publisher.

No, I can’t read the Turkish language! But if I get a copy, it will be really cool to see my book in another language.

My titles are available worldwide, but this will be the first translation.


And in other news, Andrew Leon gave CassaStorm a really in-depth and thoughtful review last Friday. I even managed to surprise him! Double Ninja Score.

Movie Trivia
With Jurassic World coming out this Friday, I thought it was time for a little dinosaur trivia. Name the dinosaur movie from the clues. Answers on Monday!

1 - This 1975 movie with Doug McClure took place during WWI and involved a German sub finding a place called Caprona.
2 – This 1969 film was half Western and involved a T-Rex.
3 – This 1988 animated film spawned many, many sequels.
4 – This 1997 movie involved two groups of people with different agendas on an island with dinosaurs.
5 – This 1993 film was produced by Roger Corman, spawned two sequels, and starred Diane Ladd.

Genre Selective or Purist?
I’m going to throw this question out for you – are you a genre purist when it comes to books? Do you read several genres or stick to one main genre? If you are a writer, do you primarily read in your genre or do you explore others?

They say to read other books in your genre to get a feel for it and keep up to date. And I know authors who read almost exclusively in their genre. But they also say to expand your literary horizons and read a variety.

I may write science fiction, but I probably read more fantasy than anything else. I also read a variety, especially as I have author friends who write a in variety of genres. (I’ve read paranormal romance, memoirs, chick lit, poetry, and all sorts of books I wouldn’t have read otherwise.)

What about you? Do you stick to your genre and rarely venture further? Or do you read a wide variety?

Going to check out RiffTrax’s Rock and Roll Nightmare? Picking up some new books? Know any of the trivia? Seeing Jurrasic World this weekend? And do you read mostly your genre or do you read a variety?
Don’t forget to visit EE Georgi’s Chimeras!
I'll be on vacation this week from Thursday through Sunday with limited Internet. I will be checking my email though. If I miss your visit, I will catch you next week.