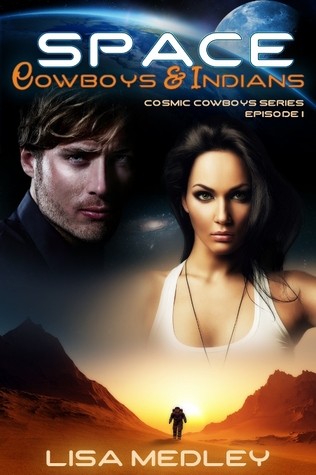 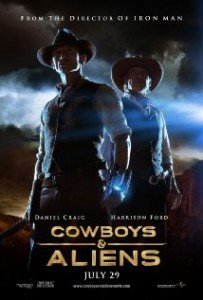 While Space Cowboys & Indians isn’t really like the 2011 movie Cowboys & Aliens, it also isn’t not like it. Along with a bit of Farscape or the time-travel episodes of Stargate: SG-1. Also a bit of John Heldt’s The Mine. Along with a small contribution from the rebooted Star Trek.

Which is just fine. I love all of those antecedents. Admittedly some more than others. (I wish they’d kept their rebooting craziness away from MY Star Trek.

Space Cowboys & Indians really only has one erstwhile cowboy in it. Texan Cole Hudson is a mining engineer who flunked out of the NASA astronaut program in a very near version of our future. When he receives an offer he doesn’t want to refuse – trading mining in Alaska for a chance to mine an asteroid – he’s all in.

His pilots are also late-program washouts from NASA, Tessa Hernandez and Noah Wright. While Noah and Cole get along just fine, something about Cole has always rubbed Tessa the wrong way, and nothing about their new jobs has changed that.

There is a Space X contest, similar to the one going on right now, that will award jillions of dollars to the first company to establish tourism on the moon. Duncan Janson’s brilliant idea is to send Cole, Noah and Tessa out to mine an asteroid. Sales of the space minerals will more than fund his Lunar Hotel – if it works.

Cole definitely finds minerals on the target asteroid – but their little ship is not the only one stopping on this particular asteroid for a mining and refuelling stop. When both their little Space X capsule and the alien ship get sucked into a wormhole, the crew finds themselves in the middle of the adventure of their lives. One even bigger than the adventure they were already on.

They crash in the New Mexico desert, not far from where both the Space Xport and Roswell NM will be, nearly two centuries in the future.

Instead, they have landed in early 1800s Apache country, and they need to convince the most fearsome tribe in the Old West to help them kill an alien, commandeer its space ship, and leave the way they think they came.

Once Cole, Tessa and Noah figure out where and when they are, they are left with a fascinating dilemma to discuss. Has this all happened before? Will it all happen again? Did the aliens in Roswell really exist? Who else (or what else) has accidentally found him, her, or itself on Earth after a one-way trip through that semi-stable wormhole?

How much of their own history are they messing up just by being where they are? And how much of it are they creating?

What does matter is Cole’s outrageous lie to the tribe – that he and Tessa are married. It keeps them together, and sets up the possibility that their rivalry will turn romantic.

The story as a whole is a bit lightweight, but those questions that the reader is left with have echoes which will hopefully be resolved in later episodes in this series. Meanwhile, this first episode is a ton of fun.

Speaking of the series – I read some material that led me to believe that this was the first part of a serial novel. If it is, this one is done right. The story has a beginning, middle and end that provides definite closure of the events in this book while still leaving plenty of teasers for the next installment. Readers are left hoping for more, but not dangling in mid-story. Thank you, Lisa!