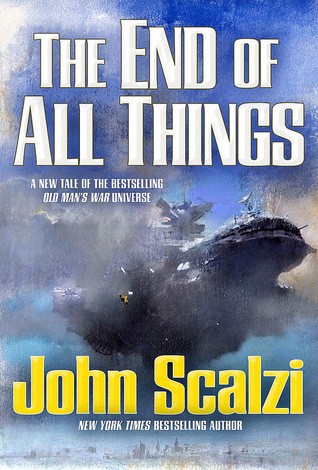 If Doctor Who is the story of a “madman with a box” then The End of All Things is at least partially the story of a brain in a box. While Rafe Daquin is only the point of view character for the first quarter of this story, he is one of the few characters who has at least some significance in all four parts – and that significance rests on his being, and continuing to be, a brain in box. At least for as long as it is useful.

Especially since that brain in a box is very expertly piloting a ship – with or without crew. 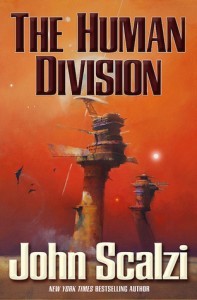 The Human Division was much closer to classic space opera. The humans have to deal with a galactic and possibly catastrophic change in world view and the status quo, while facing a potential alien enemy and a shadowy organization that is maneuvering behind the scenes for nefarious purposes of its own.

In End, we see the shadowy nefarious organization operating in the shadows a little more clearly. Rafe Daquin in the first story is one of their victims. He is also not the first pilot to be kidnapped and crated in a piloting box on an otherwise uncrewed ship. But it is through Rafe and his dilemma that we begin to discover exactly what this new nemesis is up to, and also a little bit of the why.

This Hollow Union shifts back to a character from Human Division who is definitely not a human. Hafte Sorvalh is a senior level political operator in the Conclave, the alien coalition. We got some terrific insight into Sorvalh’s character in the epilog of Human Division, the delicious “Hafte Sorvalh Eats a Churro and Speaks to the Youth of Today” (available free at Tor.com) Hafte’s internal dialog on the political mess that she has to clean up in Hollow Union is trenchant and often darkly humorous, even before the entire thing gets dumped firmly and irrevocably in her lap. At the same time, she provides a different perspective on whoever or whatever is attempting to manipulate both the humans and the Conclave. This is a story about political maneuvers rather than starship fighting, but it is a necessary perspective and still keeps the story moving forward. 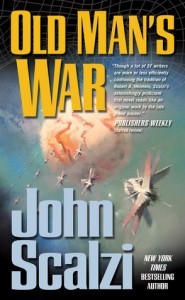 Can Long Endure goes back to the humans, but it is a lower-decks (or lower-ranks) type story. Instead of getting the view from on high through the eyes of the political movers and shakers, we get to see how this whole mess works from the perspective of the human grunts who have to do the down and dirty fighting, no matter who is on top. They are in the place that we started in all the way back in Old Man’s War, with people who have lived their lives and are now grunts in this space force, starting all over again with young bodies and old brains. It is through this story that the author is able to show both that “boots on the ground” perspective and what this war means to the human factions – the soldiers are sent to suppress human revolts that think they have already paid for the freedom they enjoy, and don’t like the Earth humans changing the game.

We also get to see just how the shadowy conspiracy folks are playing both sides against the middle, because that’s what shadowy conspiracy folks do. Their motives are all too familiar in the end – they want intergalactic war because it will bring them immense profiteering opportunities. We’ve seen this one before in lots of stories set on lots of worlds, including our own.

The last section, To Stand or Fall, brings the story back together, and brings back the human B-Team that was featured in The Human Division. It is up to the diplomats to figure out how to defang the shadowy conspirators and build some kind of truce with both the Conclave and their own dissident human elements. It’s a tough job that can only be accomplished with the very able assistance of that poor brain in a box that we met all the way back in the first installment.

We end with a brave new galaxy, and a fresh start for whatever the author plans next in this universe. I’m looking forward to it.

Escape Rating B+: I enjoyed The End of All Things, but not quite as much as the other entries in Scalzi’s Old Man’s War series, or even his single titles (so far) like Redshirts and Lock In. The ending didn’t stick in my head (for days in some cases) the way that those did. Especially Human Division and Lock In.

With The Human Division, even though it was released serially, the completed book in the end read like a single story. While there were a few chapters with different POV characters, most of the story follows Harry Wilson and his B-Team of negotiators in some fashion. They carried the “through-line” in the book. The scattered pieces from other perspectives read like interludes in the main story, and it worked.

The End of All Things reads like four separate novellas that were not quite stitched together. They are very different and very separate, with the “brain in a box” Rafe Daquin feeling like one of the few characters that has an important role to play in the whole story. I liked him, and I also liked how necessary it was for the mission that he stayed in his box. Taking the easy out of “rescuing” him would have muted the force of his character.

Also, The Human Division ended on one hell of a bang. I couldn’t wait to see how it got resolved. The End of All Things ends with almost a happy ever after, all the problems solved and a clean slate for the next adventure. The universe is too messy for that. Not that I didn’t enjoy seeing a whole lot of self-important and self-satisfied idiots get their comeuppance. And I like the point of the view of the B-Team, especially Harry Wilson, that we finally get in To Stand or Fall. But at the beginning of the section, Harry complains about being in the middle of that old curse, “May you live in interesting times.” At the end, his times weren’t quite as interesting as I might have hoped, although I’m sure Harry approved. 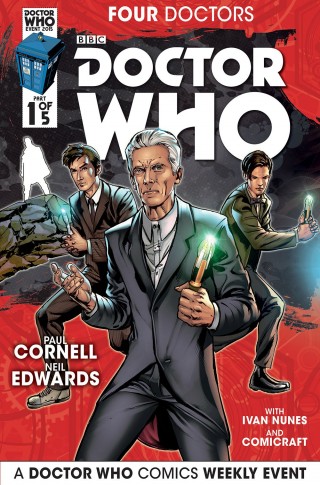 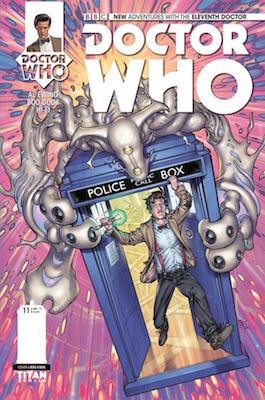