1 Vote
Back from vacation! I’m starting to really enjoy those… 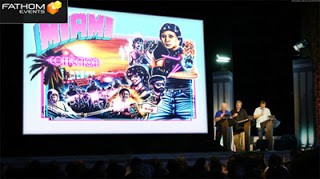 You’ve read my reviews of their shows – this is your chance to see them for yourself.

Miami Connection is October 1, live in Nashville, TN. Get your tickets HERE.

Santa and the Ice Cream Bunny is December 3 and you can get your tickets HERE.

If you’ve never seen RiffTrax live, you don’t want to miss either of these showings!

Also from JoBlo’s Site: Blood & boobs run the red-band Scouts Guide to the Zombie Apocalypse trailer
Sorry, I was just drawn in by the blood and boobs! (And I assume there will be carnage…)

Wyrmwood: Road of the Dead
After losing his family during a zombie apocalypse, a man goes searching for his sister in the outback. This Australian film breathes a little new life into the zombie genre.
It’s high on style, but falls short of making sense.
Don’t let that stop you, though. It’s gory, odd, and occasionally funny.
Worth a free rental

Slow West
A young Scottish man searching for the woman he loves pairs up with a bounty hunter.
This film is aptly titled – this isn’t a fast moving, shoot-em-up.
It’s quirky, but very enjoyable. It was a unique take on the Western genre and a refreshing one at that.
It’s a distinctive role for Fassbender, who was also one of the producers. Both he and Cavendish (who will be the next Night Crawler) were excellent in the film.
Recommended

Ninja News
We have a HUGE announcement next week at the Insecure Writer’s Support Group! You don’t want to miss this – out most ambitious project ever. 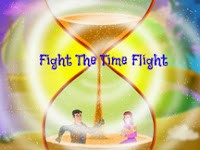 Fight the Time Flight by Pat Hatt
Find it on Amazon

Dragon and Cassa News
Thanks again to everyone who requested a copy of Dragon’s Destiny! I’ve already received some amazing feedback and even reviews at Beauty in Ruins and Edi’s Book Lighthouse.

Remember, it’s a short story that takes place after Dragon of the Stars and is free to anyone who’s read the book. Just send me an email – tell me what happened to Aden at the end and what format you want, ePub, Mobi, or PDF file.

There was also an amazing review of Dragon of the Stars from Jean Baldrige.

Finally, my publisher informed its authors that we had the opportunity to update one of our titles this month. I cringed, but I asked if I could update my first book, CassaStar.
Now, I’ve never read any of my books after publication. And after going through CassaStar, I now know why. I have come so far as an author! The story remained solid, I just needed to word it better.
Now, I am happy to announce that an updated version is now available, both in print and eBook. (And for those of you who’ve read it, I will gladly share an ePub or Mobi version of the new one.)
I must say though – I still really like the story. My first one, it sparked my imagination as well as my career. Even if I never wanted to be an author…

Today’s entry is a cool song called Powerslave. Originally done by Iron Maiden, it was also covered by Testament. I’m a big fan of both bands, so I’ll just let their entries stand on their own:
Testament
Iron Maiden
You know the drill – which one is your favorite?

Movie Trivia
Comedy! Name the movie from the line. Answers next Monday.

Who’s going to the next RiffTrax show? Have you seen either of the movies? See any interesting news? Want a copy of Dragon’s Destiny or the new CassaStar? Which song version is your favorite? And can you guess any of the trivia? 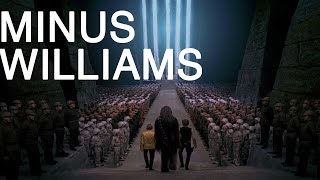 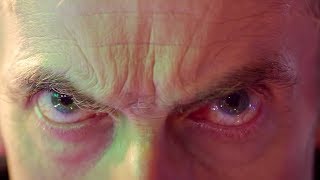