By Megan from Stellar Four 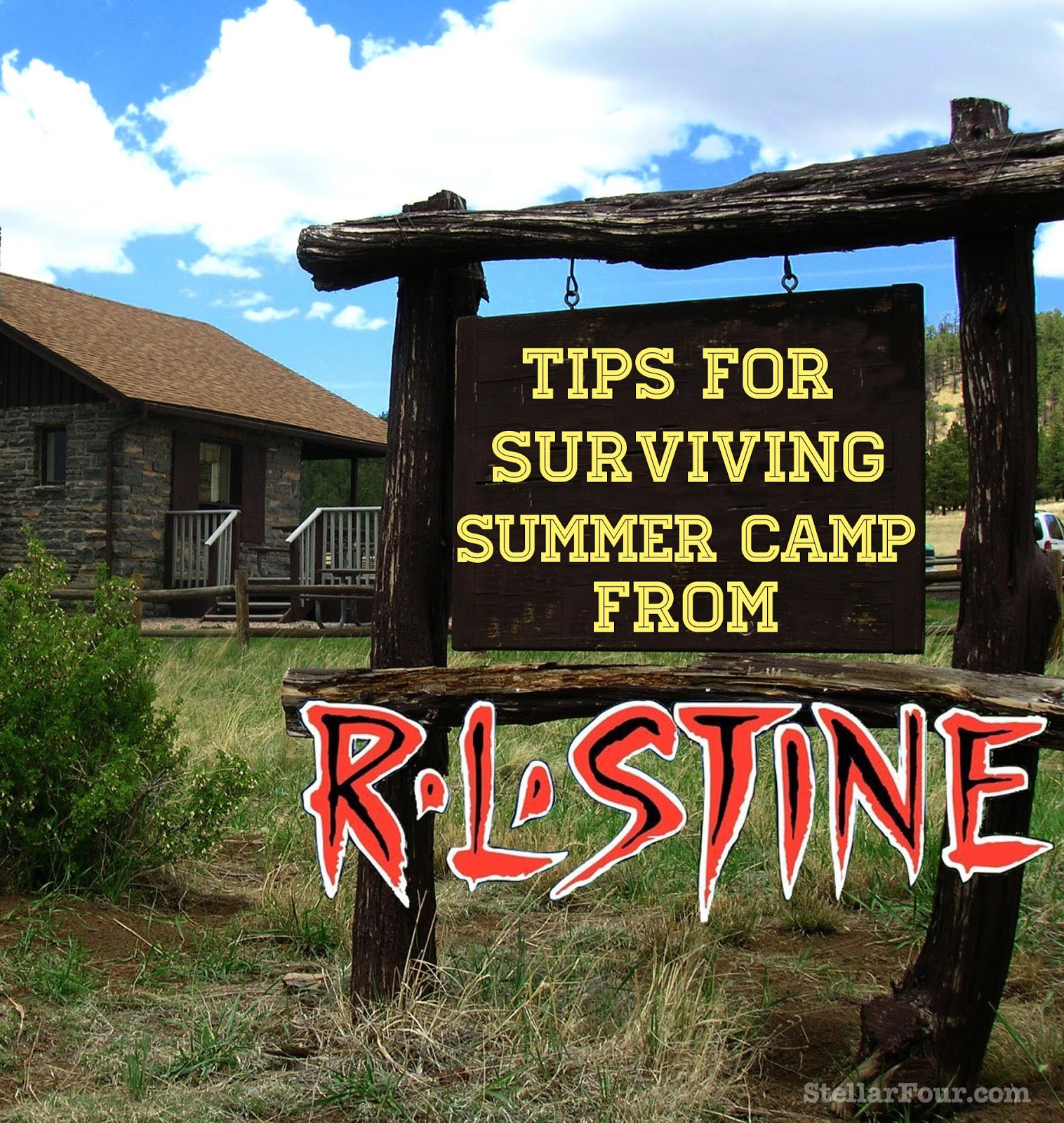 Camping out can be downright dangerous. First of all, there's no wifi.* There are also mosquitoes and serial killers running rampant on the grounds. I, personally, would rather be nature-adjacent in a cabin fitted with cable TV, but that's just me. For the times you must venture out into the Great Outdoors, however, you'll need some tips on how to survive and who better to provide them than preeminent childrens' horror writer, R.L. Stine?

I've done some extensive research reading three of Stine's four books on camping from his 1990s Fear Street series and have gleaned undeniable truths from the texts of Lights Out, The Overnight, and In Too Deep. I've recorded these natural laws of camping below, with the number of stars indicating the number of books in which the storylines occur, so that you may survive Summer Camp should you ever be forced to attend.

1. I don't care how desperately you want to make a friendship bracelet. Unless you have a death wish, you'll stay away from the arts and crafts cabin. ★★

2. The really intense, scary people are always extremely attractive. It's a law. Like gravity. Gird your loins accordingly. ★★★

3. Don't worry about bears, mountain lions, or even Bigfoot. The only creature you have to worry about are snakes. Those slithering, poisonous creeps are everywhere. ★★

5. You know you're in deep shit if you spot a skull icon anywhere. ★★

6. You're risking untold horrors if you get into a canoe. You're better off telling everyone you have diarrhea from something you ate in the mess hall and staying in your bunk for the afternoon. ★★★

7. In fact, risking your life being a camp counselor for little pay while there are murderers running around just isn't worth it. Get a job at the mall instead. At least there will be air conditioning. ★★

*This is quickly becoming my standard by which to gauge any activity. I did, in fact, complain the other night about our choice in drinking venues because the dive bar we went to didn't have wifi, unlike the one I suggested.
Original photograph via Coconino National Forest.

Megan is the Editor-in-Chief for Stellar Four, a site dedicated to celebrating the girlie side of science, science fiction, and fantasy. And, while she's been paid throughout her career to write all sorts of official sounding reports, legal notifications, speeches, and press releases, she's never been as happy as she is now writing for free about her latest geek loves. Get your nerd on with Megan onStellar Four, Pinterest, Twitter, and Facebook!