Star Wars Children’s Books: Are There Too Many? 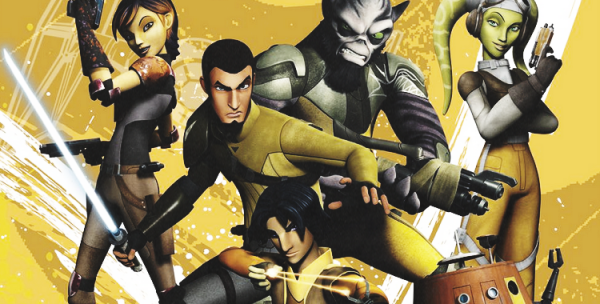 The short answer is no. The long answer involved counting a long list of books and punching numbers into a calculator.

Disney Publishing Worldwide recently announced a new Star Wars saga program starting in October 2014. The initiative is to publish four children’s books based on the old trilogy films: A New Hope (Episode IV), The Empire Strikes Back (Episode V), and Return of the Jedi (Episode VI). These adaptations will be illustrated with concept art by the late Ralph McQuarrie and the talented Iain McCaig, concept artist for the prequels. The overall purpose is to introduce young readers to the galaxy far, far away and prepare them for the future of Star Wars, “These stories will engage young readers and get them ready for the journey that is Episode VII and beyond.”

Some fans across the community have already dismissed the news as not important, unoriginal, and not necessary. Arguments can be made for each point of view, but I find the news very thoughtful and respectful towards younger viewers. Let’s face it. We are getting older, and sooner or later, the younglings will have to carry on the passion of Star Wars well into the future. We are also entering that age when (and try not to gasp when you read this) the visuals of the older films are no longer appealing to newer generations. Of course, as older fans, we marvel at those accomplishments, but little 5-year-old Timmy from down the street thinks the visuals stink.

With various programs around the nation promoting reading and improving comprehension, what better way to introduce Star Wars to these younger readers than with fresh new books. I know what you’re thinking, “But, those kinds of books already exist. Why make news ones?” Why do you buy the new extended director’s cut of a movie you have already seen a million times when you have the original at home? Although the essence of the story is the same, it is formatted and packaged differently. Additionally, even though junior novelizations of the movies exist, other books were published decades ago and under different publishers. Disney Publishing Worldwide will now update the look and feel of the books to cater to modern children (and adults with child-like hearts and imaginations).

Before these four books appear on shelves, however, the first Star Wars books to carry the Disney Book Group banner are the stories from Star Wars Rebels. Some of these titles will also come from existing and new licencees, such as DK, Scholastic and Klutz. You’re probably asking, “What is it with all these children’s books? What about the adults? Where are my novels and stories?”

This is where some math comes into play. Please keep in mind that there are an abundance of Star Wars books, so these numbers are not precise, but the percentages help demonstrate what is currently out there. I took to the various lists of Star Wars novels across the Web and counted roughly 177 novels. This number does not include reference material, such as the art books, guides, etc. When it came to books for young readers (and these do not include coloring/activity books and pop-up books), I counted about 323 books. This number also does not include the DK Readers: Star Wars: The Clone Wars series because, quite honestly, I lost count.

Some people will look at this chart and say, “See, there are too many children’s books.” However, those same people may not understand children’s reading habits–or may not even remember their own habits growing up. Personally, I was not a fan of reading. I hated reading because my comprehension level was below average, so I had a tough time understanding the story. I also had (and continue to have) short attention spans. Chapter books and books with less than 100 pages are ideal for children who can’t finish a book in one sitting. Additionally, you have grade books that are geared towards certain grades in elementary school. Adventure books (like an animated television series) continue the story or touch on several characters across an entire series of books.

All of these books accomplish the same thing: enriching the imagination and constantly keeping children’s reading levels at their peak. So when you see the next Star Wars Rebels book, don’t brush it off as, “Oh it’s another kiddie book.” Instead, think of it as a tool to convert the next child into a Star Wars fan! Crack one open and travel back to a time when you used to be their age. Star Wars is not just about you and what you want out of it as an adult. Star Wars is a franchise that belongs to all ages, and right now, the focus is on children because these new fans will be the ones taking Star Wars into the future. Disney and Lucasfilm already know that we will all be there at the movie theater come December 18, 2015, but they also want to ensure that casual and younger fans are also included.

“But, what about future Star Wars novels?”

Honestly, I don’t think we’ll see much of those anytime soon simply because the stories are being made right now for Star Wars Rebels and the sequel trilogy. The reason the Expanded Universe thrived for so long was because there were dry periods when creativity was needed to keep the Star Wars flame going. Once the audience is introduced to the sequel trilogy and any spin-offs along the way, THEN we may see a resurgence of novels that either adapt the films or continue the story. Right now, the focus is on Rebels and the sequels. More stories will come in due time.

To view the Star Wars Rebels book covers, check out The Wookiee Gunner’s album on Facebook.