The upcoming film, The Martian, was just reviewed at the Toronto International Film Festival.
According to JoBlo’s site -
As such, The Martian really is terrific family entertainment. There's plenty of action – including excellent use of 3D and tons of humor, but the absolute best thing is how inspiring a tale it winds up being. It's nice to see a big studio flick that aims for optimism and certainly it feels like a crowd-pleasing hit waiting to happen. Even if you're burnt out on space movies – this is a trip to Mars well-worth taking.
That’s good to know!

Caught this on several sites, including Deadline. Godzilla and King Kong might appear in a movie together.
Blastr had this to say -
Studio shake-up bringing Godzilla and King Kong together for eventual face off According to the report, the eventual team-up film will follow after Godzilla 2 and Skull Island, and everyone involved is working quickly to lock up all the necessary rights and contracts. Agreements are also being worked up with Japan-based Toho, rightsholder for Godzilla. For what it’s worth, Skull Island is set to open in March 2017 and Godzilla 2 is slated for July 2018. Following that trend, we’d imagine Godzilla vs. King Kong (or whatever they call it) will hit the big screen around 2019(?)
My thoughts?
First, they talk as if this will be a first. Um, anyone else remember 1962’s King Kong vs. Godzilla? (Note the image there.)
Second, it should be a short film. Godzilla has atomic breath. Gorilla flambé in three, two, one…

America’s Got Talent
The show is heading into the final week of its tenth season. What’s amazing is there are six comedian and/or magicians remaining out of ten acts. Obviously, people are wanting to laugh more than anything.
While I’m still surprised Siro-A didn’t make the final cut, I’m placing my bets on Paul Zerdin, the ventriloquist. The dude is talented and hilariously funny!

Face Off
In its ninth season, Face Off is nearing the halfway point. If you’ve never watched an episode, check it out at least once. It’s fascinating how the contestants go from concept to finished creation in just three days.
Hard to tell who will win this one, as none of the contestants really stand out yet… 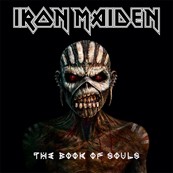 Iron Maiden – The Book of Souls
Whoever thought Iron Maiden wasn’t relevant anymore hasn’t heard this new album. These guys have released one of their best albums in the twilight of their career.
There are many stand out tracks, including Speed of Light, The Great Unknown, and Tears of a Clown. (The last one is about Robin Williams and those who suffer from depression.)
If you don’t like Maiden, this won’t change your mind. If you do like Maiden, then rock on! 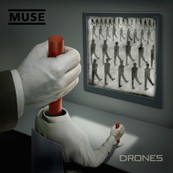 Muse – Drones
Here’s a band that I’ve always dug, but their pop and electronic influences never hooked me enough to buy an album. Drones definitely changed that for me.
Whatever you thought of Muse in the past, this is a rock album. Produced by the great Mutt Lang, this album has influences from Radiohead, Queen, Pink Floyd, and about a hundred other bands, all blended together to make a great record.
Check it out!

Today’s Themes That Rocked the Challenge feature at the A to Z Blog is on Elizabeth Mueller and her art, flower, and My Little Pony theme. Those three things together? You bet – go check it out.

If you missed it, Shady Dell posted Shawn and Gus from Psych competing in Rock Jeopardy – with Alex J. Cavanaugh Trebek hosting. And it’s hilarious!

Don’t forget the IWSG Anthology Contest is open until November 1! The theme is Alternate History/Parallel Universe and any member of the Insecure Writer’s Support Group is encouraged to enter – blogging (must post for the IWSG at least once in September or October) or Facebook member. Winners will be published in a royalty-paying anthology next year.

I’ve been asked to contribute to an anthology with the theme of ‘turning points.’ Still working on an idea and hope to plot it and begin writing by next weekend. Yeah, wish me luck…

And those of you who’ve read Dragon of the Stars, don’t forget the follow-up short story, Dragon’s Destiny, is yours for free. Just email me and tell me what happens to Aden at the then of Dragon of the Stars and which eBook version you need – ePub, Mobi, or a PDF. 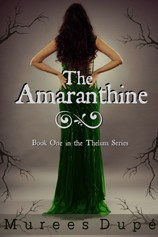 The Affected BOGO is Upon Us…
Author Randi Lee is running a buy one, get one promotion for two of her books: purchase a copy of Randi Lee’s “Affected” between September 14—22, 2015 and receive a free eBook version of “Snap! A Quite Quick Collection.” To receive your free eBook, e-mail a copy of your receipt for the purchase of “Affected” to: randi.leeATmail.com.
Find Affected on Amazon, Barnes and Noble, Powell’s, and Kobo

Anyone excited to see The Martian this fall? Think Godzilla vs. King Kong is a good idea? Watching Face Off? Fan of either Maiden or Muse? Entering the anthology contest? Read Dragon of the Stars yet? See a book you want? And who’s your favorite on America’s Got Talent…?