The Vision Thing: What Lucasfilm can learn from Marvel Studios 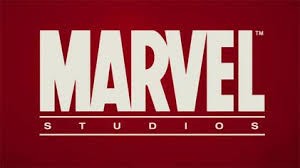 As Abraham Lincoln said "Give me six hours to chop down a tree and I will sped the first four sharpening the axe." The importance of having a plan and a vision is key. While a great deal of the success of Marvel's The Avengers film can be attributed to planning, execution, adaptability and luck also play a major role in this. Picking the right people to execute the plan is just as important as having a plan. The two most obvious examples from Marvel Studios is the decision to cast Rober Downey Jr. as Tony Stark/Iron Man and the decision to hire Joss Whedon to write and direct The Avengers. The massive success of Iron Man provided validation for Feige's vision and allows Marvel to continue following it's plan. Success breads confidence and opportunity, the success of The Avengers allows Marvel to take on more risk as it attempts to expand it's stable of cinematic characters and franchises.

From comics to film vs. from film to film:

It is important to remember that Marvel and Star Wars are fundamentally different properties. Marvel at it's core is a comic book company. Comics are cyclical storytelling vehicles, where stories run guided by a single writer or series of writers for a limited period of time and then very often end and begin again. This cycle of character origin, growth, decline/death and re-birth happens across the industry on widely varying timelines. The nature of the story telling results in not only numerous characters but also numerous incarnations of the same characters. This does allow continuity to exist but said continuity can be very fractured.

While Marvel Studios is using characters and stories that originated in it's comics, it is crafting a series of films that fit together in their own continuity, there is an internal consistency within the film universe. This universe is created as the individual character films tell their stand-alone stories, set up their own sequels but also set up the larger cross-franchise story of the Avengers.

Star Wars at it's core is a film property. While it has birthed an Expanded Universe of comics and novels and other story telling mediums, the focus of the franchise is cinematic. George Lucas has borrowed from the Expanded Universe, particularly the comics bringing them into the Prequels as well as The Clone Wars series. As an already established film franchise spanning over 30 years, there is already an established film continuity that is guiding Star Wars storytelling. This is vastly different then some of the haphazard films produced featuring Marvel characters in the 1980's and 1990's.

Instead of moving on from Episodes I-VI and rebooting the Star Wars franchise, it appears that Lucasfilm is embracing it's cinematic continuity and building upon it. I believe this approach creates a richer experience for fans but creates a more challenging situation for storytellers. It is often commented that the world J.R.R. Tolkien created for The Lord of the Rings is one of the richest and most nuanced examples of world-building that we have in fiction. I would assert that the Star Wars universe is the richest and deepest fictional universe ever created.

At the same time it is important to remember that Star Wars and Marvel are structuring their movie plans in what appears to be fundamentally different ways.

From all that has been revealed so far about plans and rumors regarding the Star Wars films is that we will get a new Sequel Trilogy. In the years between these films it has been announced that Disney is planning to release stand alone Star Wars films. Speculation is that these will be a story focusing on a young Han Solo as well as a movie focusing on Boba Fett. If these rumors are accurate we will be seeing films that are set in the Star Wars universe but would not be serving the same role as the Marvel character franchise films. The Star Wars stand-alone films would not be used to further the overall saga story line. At the same time Star Wars is ahead of Marvel at joining it's television universe and it's cinematic universe's together. George Lucas as the driving force behind both the first six films as well as The Clone Wars series and the now on the shelf Live-Action series provided story telling across the theater and television screens that were all part of the same grand story. Marvel is just beginning to do this with it's new Agents of S.H.I.E.L.D. on ABC.

So if the Star Wars saga and stand-alone films are not going to all tie together in a larger story arc as tightly as Marvels franchises, it presents a different challenge that perhaps speaks to a different plan for executing and structuring the future of the Star Wars franchise.

If you look at the structure of the way Lucasfilm is handling it's television and film properties it may be telling. Word of the Lucasfilm "Story Group" as well as the announced involvement of certain individuals working on multiple projects provides for a sort of storytelling cross-pollination.

On Episode VII we have Kathleen Kennedy as an Executive Producer, J.J. Abrams as Director and producer, Bryan Burk (from Abrams' Bad Robot) as a producer. We have Michael Arndt writing and we have Lawrence Kasdan, Simon Kinberg and George Lucas serving as creative consultants. Kennedy revealed at Celebration Europe that she is very involved in the writing process as they refine the script for Episode VII.


For Rebels we have three co-executive producers in Dave Filoni, Greg Weisman, and Simon Kinberg.

Filoni and Weisman both come from television animation backgrounds whereas Kinberg's experience is as a writer and producer for feature films. It isn't yet clear how involved Kennedy is or will be on the series, but presumably the majority of her focus will be on the feature projects.

Stand-Alone Films (Between Between Saga Episodes)

We assume we are getting at least two stand-alone films, Disney CEO Bob Iger has confirmed those plans to release these movies between Episodes VII, VIII and IX.

Writing these stand alone films will be Simon Kinberg and Lawrence Kasdan and reportedly J.J. Abrams will serve as a consultant on these films.


We know Lucasfilm is also working on an unannounced animated feature film projec t directed by Gary Rydstrom, with Kennedy presumably as executive producer, and potentially written by Irene Mecchi with Brenda Chapman getting either a consulting or writing credit on the film. It isn't clear if this project is Star Wars related.

It is important to note that both Feige and Kennedy are producers having production experience in both television and film. I believe that Kennedy's role as President of Lucasfilm because of the other companies that fall under her domain may be forced to delegate the development of the Star Wars brand a bit more then Feige has to at Marvel Studios. It seems clear that the workload necessary to run Lucasfilm as well as be the creative lead on a Star Wars trilogy is a terribly difficult task and one of the reasons it took George Lucas so long to make the Prequels and contemplate making the Sequels.

It looks like what Kennedy and her team have assembled at Lucasfilm, between the creation of the Story Group and the involvement of individuals on multiple projects is to create a connective tissue that will ensure that the overall story and continuity will mesh. The new films must have that Star Wars "feel" to them, a lived in universe that mixes the grander heroic themes and archetypes with sci-fi action, humor and romance.

Outside of Kennedy herself it appears that the guy to really keep an eye on at Lucasfilm is Simon Kinberg who seems to have a hand in every project. It makes me wonder if Kinberg is serving a role to Kennedy similar to what Rick McCallum did for so many years for George Lucas.

So as we look at it what Lucasfilm can learn from Marvel in the broadest terms is to have a clear overall plan mapped out. Feige has revealed that in 2006 Marvel Studios was already planning out it's various film "phases" and projects until 2015 and currently they are planning out until 2021. Not only does this give the company a road map from which to proceed it also has the ancillary benefit of reassuring fans and exciting fans. Fans want to know that when they are emotionally investing in characters that they will see those characters' stories continue.

This plan doesn't need to be publicly revealed but it should be as forward reaching as possible. It also should accept the fact that some projects may not work as well as others. Marvel didn't allow the difficulties with The Incredible Hulk star Edward Norton and having to recast the character derail it's larger plans for The Avengers. There will be Star Wars films that preform less well as The Clone Wars theatrical premiere demonstrated. You have to trust the plan. If an element of the plan isn't working you have to figure out a way to work around that and be willing to make some hard and expensive choices.

What Star Wars can't do is simply copy the Marvel model. The linkages that Marvel has created in it's movies provides a narrative momentum. Star Wars storytelling whether in comics, books or television has often been non-linear. We jump back and forth in the timeline and if the new stand-alone movies follow this pattern they can't really be used to connect Episode VII to Episode VIII or Episode VIII to Episode IX. As a new Star Wars continuity develops, what the stand-alone films and television vehicles can do for the franchise is to provide depth and breadth to the universe, similar to what the comics and novels did. The difference being that with tighter narrative control by the Story Group and the creators involved we should get a new continuity that is far less messy and takes the Star Wars universe in new and interesting directions.

I started Lightsaber Rattling in 2010 to spread my love of Star Wars and stories. Nothing beats a good story.