The Wolverine: the Best X-Men Movie With "Wolverine" in the Title 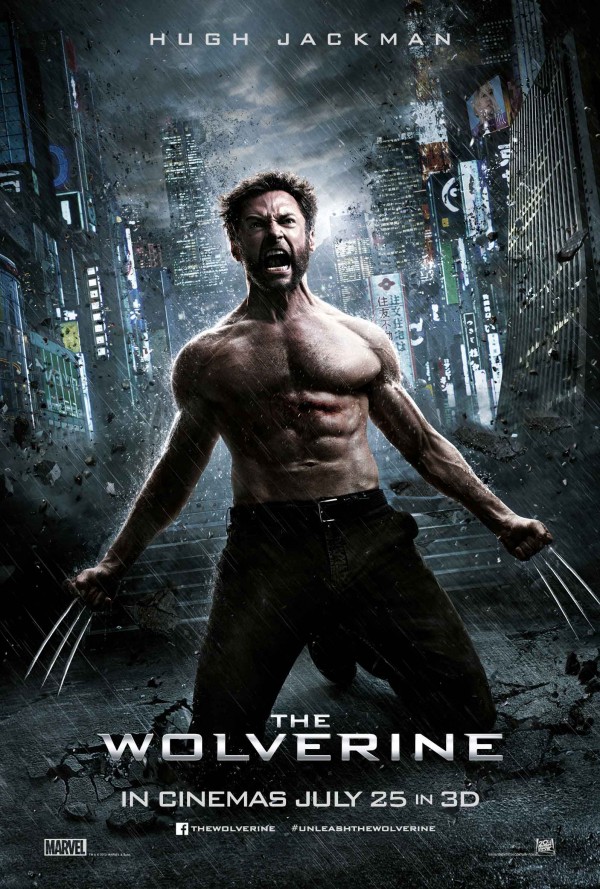 In 2000, X-Men revolutionized the superhero film genre.  Alongside 2002's Spiderman, X-Men largely dominated the genre until 2007, with the two franchises producing the first non-horror superhero film trilogies (excluding since Superman 3).  What Star Wars did for Science Fiction and Lord of the Rings did for Fantasy, Spiderman did for comic book heroes and X-Men did for superhero teams.  And, as with those other trilogies, the audiences began to grow too tired, the risks too grand, and the third film became “the bad one”, the one that strained willful suspension of disbelief that much more.  And so, both franchises cooled their heels for a while.

After The Last Stand merged the Dark Phoenix Saga with Joss Whedon's Gifted, X-Men started to release spinoffs.  Based on the most popular X-Man, X-Men Origins: Wolverine is widely regarded to be the worst X-Men film, and its public reception is believed to be responsible for the prefix not being attributed to any other movies.  Despite this, another origin film, X-Men: First Class was released, recasting the stars of the earlier films and generally inhabiting a similar, but not identical, film universe to the first three films.  The reactions to that film are varied enough to merit an entirely separate article.

For their third post-X3 outing – and, perhaps more importantly, their first post-Avengers – the X-Men franchise again returned to their star character, Wolverine.  This time, the story is set in the months following X-Men 3: The Last Stand, which puts it in a similar narrative position to Iron Man 3.  However...Iron Man 3 is a much more enjoyable movie, in many respects, and using this article to compare it to The Wolverine would be a chore for writer and reader alike.  Instead, I'm going to posit the following idea: that The Wolverine is a better film than X-Men Origins: Wolverine in all respects.

Let's start with the directing.  Good directing generally does not draw attention to itself.  It focuses attention to what is happening onscreen rather than the intricacies of film-making.  This might seem to be a description of average, and that's true for many elements of a film.  However, in most cases, not drawing attention to the fact that it is a film is a very good thing – and, apparently a difficult one.

The things that will generally draw attention to the fact that this is a film are the cinematography, the choreography, the effects and the acting.  The cinematography – directed by the second unit D.P. of  the Matrix trilogy – tended to be a fair mix of good and bad when you did notice it.  Switching between above-ground shots of the explosion at Nagasaki sweeping over the nearby fort and the top-down and bottom-up views used to show Wolverine and Yashida taking shelter was an excellent way to show the three things taking place during that scene: the detonation of the atomic bomb, Wolverine saving Yashida, and Yashida witnessing Wolvering regenerate.  Where the cinematography does fail is in some moments of “shaky cam”, which might distract some viewers.

As for the choreography, you could clearly tell that this had elements of a martial arts movie.  Few people are as good a swordsman as Yukio, and it is unlikely that real ninjas are nearly as ninjamaticas the ones onscreen.  Which is just the point: we are watching a movie about Wolverine, samurai, yakuza and ninja; maybe outstanding choreography and action-packed fight scenes are a little bit more important than visual realism in this context.

The acting is a bit less cinematic, which is to say, it is difficult to judge.  There were two characters who were clearly over the top: The over-the-top villainess and the unstoppable badass girl.  Which is to say, two characters who were portrayed exactly as they were written.  It would have been frankly preposterous for Fukushima Rila and Svetlana Khodchenkova to have attempted to be realistic.  Once you look beyond that, the most obvious weakness in the acting is...Hugh Jackman, and after the past five movies, I find it hard to lay the blame on anything but the inconsistent cues he's getting throughout the movie.  Beyond this, the actors were all fairly consistent, and there was no doubt what emotions they were intending to portray.

The special effects are nothing special.  There is a blend of CGI and practical effects, and while some of the CGI is fairly obvious, none of it is exceptionally bad.  The explosion that washes over the fort outside Nagasaki looks great, though I am doubtful it should look remotely like that.  The makeup used for Lady Viper was fairly solid, though the effects of her poison were not particularly remarkable.  The strangest thing about the visuals is that even after all of his skin is burned off – or he is shaved – all of the hair on Logan's head and face returns to the standard amount.  I'm not sure if this is part of his healing factor, or if Hugh Jackman has a clause in his contract that keeps his beard from being shaved or his hair cut.  That and the bear early on.  That was a terrible CGI bear; luckily, it was only on screen for a short amount of time.

The writing is where I have the most problems with this film.  Of the three producers, the director and the two writers, only one person with creative control over The Wolverine had done anything other than act in a superhero film other than X-Men Origins: Wolverine (which makes that movie more Hugh Jackman's fault than I ever thought).  This shows.  The Wolverine draws from the worst parts of X-Men and comic book history by reducing women in the film to the basest stereotypes, it fulfilled the role of a sequel in all of the worst ways possible, and really should have gone through a few more stages of rewrites.

I still maintain that the writing here is better than Origins: Wolverine. The film has some pretty good foreshadowing, starting off with poison and subtle visual cues and following a four point combination strategy to use Yukio's visions to lead in to a major review at the end.  Perhaps more importantly, even though in some ways this film is a sequel, it doesn't rely on the audience having watched Origins to follow the story.

Still, there are plenty of problems to discuss.  The Wolerine was clearly written following the standard “women are plot devices and motivators” ideal that worked in fiction for hundreds of years.  The first woman we meet is an idealized version of Logan's ideal lover, who appears at pretty regular intervals throughout the film, taking two hours to complete a segment of the character arc that is normally required before someone can be considered the “hero” of a film like this.  The second woman introduced in the film doubles as the unstoppable badass girl and a lonely schoolgirl fetish.  The third woman introduced in the film is your standard Wicked Witch of the West, complete with Biblical snake references, and the fourth transforms from a lost girl to a woman capable of leadership only after she has been thoroughly sexed by Hugh Jackman.  While he was dreaming about doing that to somebody else (an idealized version that doesn't get jealous, of course).

While The Wolverine doesn’t require you to sit in front of X-Men Origins with the device from Clockwork Orange, it does assume that everybody in the audience has seen The Last Stand.  At the very least, you need to ask a friend about major spoilers in the movie (or look them up) or some of the more emotional scenes make absolutely no sense.  Generally, a sequel released seven years after the previous film expects to have a segment of the audience who is new to the characters; some of them might even wish to use the film’s membership of a prestigious club as a manner of introducing more advanced elements, like character cameos or comic trivia.  The Wolverine, on the other hand, blazes forward as though The Last Stand was released a year prior and uses its own mythology only as a method of naming its main characters.  Speaking of using X-Men’s own mythology, while Warner Brothers - the company that seems to be unable to put out a well-liked superhero movie - is capable of seeing one of their most popular characters and making the connection that “fans like ninjas, and ninja training makes sense for Batman”, Fox instead takes one of the few characters who it makes sense to have samurai training and has had that in at least one of his incarnations...and makes him an ignorant American who didn’t pick up a word of Japanese fighting a war there.

None of this is to say that the writing is nearly as bad as X-Men Origins: Wolverine.  While there were face-palm worthy moments, there was nothing that made me cry out in pain and rage.  The action was better, the directing was better, and the only characters who were completely butchered were ones that don’t have their own fan-bases.  Speaking of which, there is not a single line of dialogue spoken by Ryan Reynolds, and no comically fast sword-spinning despite the ninjas and samurai, both of which are brilliant decisions compared to anything involved in Origins.  The film looks better, sounds better, and probably smells better, though I haven’t checked.

That doesn’t make it the best film of the summer, though.

I started Fantasy & Sci-Fi Lovin' in 2006 to share my love of fantasy and sci-fi books, movies and television shows.