1 Vote
Happy Labor Day to my friends here in the States! 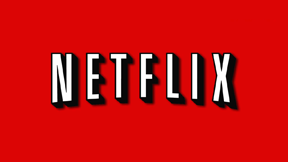 This article caught my eye - New Study Suggests Americans are Watching Too Much NetFlix.

From JoBlo’s site - Right now, the average Netflix subscriber watches about 90 minutes of streaming content per day. (See... viewing habits have changed.) Now that might not seem like a lot until you understand all the things we are doing throughout our day that are consuming far less time - things like eating (only 70 minutes), childcare (25 minutes) and sex (almost 2 minutes).
Now, I do watch NetFlix a lot, but usually it’s while I’m working on my job. (With an occasional movie at home.) So I’ll admit ninety minutes is conservative for me.
However, only two minutes a day for sex? Really? That is sad. Fourteen minutes a week? Now, while I won’t go into details about my sex life, but that statistic boggles my mind. Either a lot of people only do it once a week or there are a lot of women who have mastered her man’s easy button…

This disappointing news about Hellboy 3 came from Blastr.
Ron Perlman has been trying to stir studio and fan interest in a third Hellboy movie. So far, no studio wants to foot the bill. After the second film, Guillermo del Toro had wanted to do one more, but Perlman had moved on to other things. Now that Perlman is ready to return, and del Toro still interested in directing, the movie has stalled with no backing. Bummer, I’d really like to see a third one.

This is the trailer for The Shannara Chronicles (based on the second book, The Elfstones of Shannara) coming next January on MTV:
The trailer looks very cool, but I still hold reservations. Why start with the second book of the original trilogy? Also, the apocalypse images are wrong – it’s not until the Genesis trilogy that it’s revealed that Shannara is really earth. In the original trilogy (Sword, Elfstones, and Wishsong) you don’t know that. So I’m just really hoping that they do it right and MTV proves it’s not completely useless after all...

Mad Max: Fury Road on DVD
Best movie so far this year! Watched it again this past weekend in 3D and it’s still batshit crazy.
(And if you do a Google search for Mad Max: Fury Road, my review comes up as number nine – is that wild or what?) 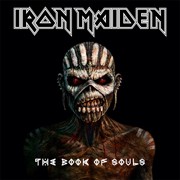 Iron Maiden – Book of Souls
It’s their sixteenth studio album and their first double album. It features Eddie (of course) and marks forty years that Maiden has been a band. (That’s impressive!)

Fallout 4 PC game – November 10
I am really stoked for this game! I’ve already played and won the teaser Fallout Shelter. 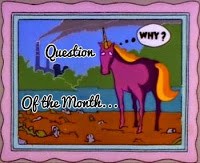 Question of the Month
Hosted by Michael at A Life Examined.

“What’s the best job you’ve ever had?”

I’ve had some great jobs over the years. But since my dream was always to be a rock star, I’d have to say my current gig in a Christian contemporary rock band is the best job ever. And while it’s not my nine-to-five job, I have been paid to perform, so it qualifies as a job. Plus I get to jam while giving praise to God - how awesome is that?

Second would be my ‘job’ as an author, mostly because of the people I’ve met along the way and places it has led me, such as the IWSG.

Ninja News
Don’t forget the IWSG Anthology Contest is open until November 1! The theme is Alternate History/Parallel Universe and any member of the Insecure Writer’s Support Group is encouraged to enter – blogging (must post for the IWSG at least once in September or October) or Facebook member. Winners will be published in a royalty-paying anthology next year.

New Release -
Poison: Wind Dancer Series by Lan Chan
Find on Amazon, Smashwords, and Goodreads
And this week is a book blitz – Poison is on sale for just .99 cents from September 7 – 11! 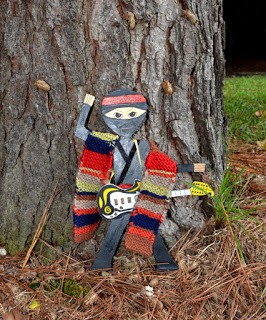 Mini-Alex and the Cicadas!
Can you see those little things on the ground and tree around Mini-Alex?


Those are the exoskeletons of cicadas. From them came the adult flying cicada. They always seem to emerge around pine trees and only after periods of thirteen to seventeen years. So we don’t see them often.

Right now though, we can hear them in the trees – and they are loud!


Surprised by what Richards said? Think MTV will do right by Chronicles of Shannara? Did you pick up Fury Road? Looking forward to any new releases? Participating in the IWSG anthology contest? What was your best job? Have cicadas where you live? And do you watch too much NetFlix – or have any other comments on those statistics…?
And I will online sporadically on Monday, so will catch up later this week with those I miss.