Where Does Your Favorite Superman Fall on the Kryptonite Beefcake Scale?

And now for something completely shallow: I'd wager that a good portion of the audience at Man of Steel was on occasion distracted by ... how shall I put this? ... the incredible, brain-melting hotness of Henry Cavill as the newest incarnation of Krypton's favorite son. (Or, according to Man of Steel, Krypton's least favorite son. But whatever.) Naturally, I started pondering where Cavill ranks on the list of Supermen, new and old, in terms of good old-fashioned handsomeness.

Check out my ratings and let me know if you think Earth's yellow sun was as kind to some of these fellas as I do. 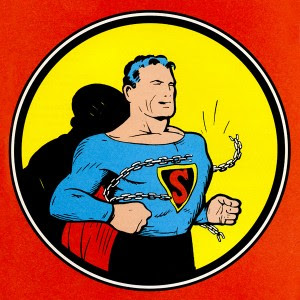 Introduced in Action Comics #1 in 1938, Superman was the selfless do-gooder who ushered in an era of superhero stories in comic books. But in his first incarnation, doesn't Superman look a little like, well, Popeye? With the squint and the off-kilter kisser? Also, no man should try to pull off a boatneck shirt, not even the son of Jor-El.

George Reeves in The Adventures of Superman 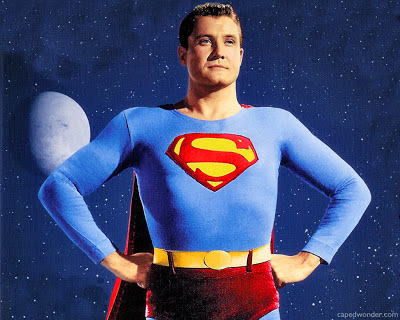 I feel a little bad about this, but Reeves is a product of his time. He's handsome, sure, but not in the hyper-attractive, "is this person actually a genetically modified super-being designed to make mere mortals feel bad about themselves" kind of way that so many of our movies stars are now. Still, his reportedly sweet demeanor on set and tragic death make him a crucial piece of Superman history. 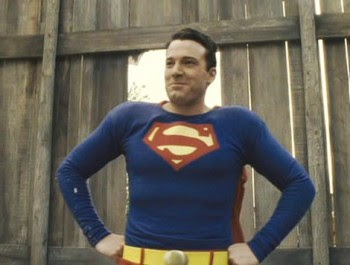 To be fair, Affleck is playing George Reeves playing Superman in Hollywoodland, so he's intentionally mimicking the original's old-school appearance. But still, this is not Ben's best look. We know he's capable of much more in the arena of handsome and dashing. 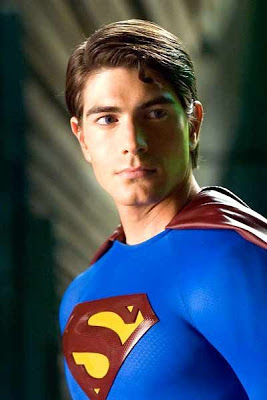 Poor Brandon Routh. He was actually a fine Superman, but he was saddled with a lousy script and a Lois Lane with as much vibrancy and fire as a beer-soaked bar towel at closing time. He deserved a better script, a better co-star and another chance at playing the man of steel. 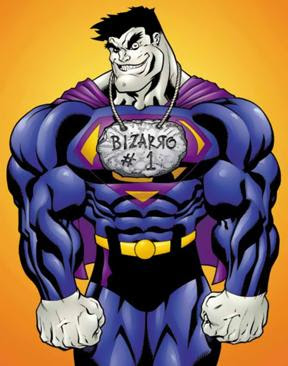 No. Oh, no no no. Bizarro Superman has a number of backstories, none of them good. He's alternately the result of Superman's exposure to a duplicating ray, a flawed cloning experiment, or a creation of the trickster Mister Mxyzptlk. In all cases, he's the opposite of Supes in speech, appearance, and moral code of conduct. Forget about his crazy eyes and chalky skin; he is not the guy you want showing up to save you when your car's teetering on the edge of a cliff. 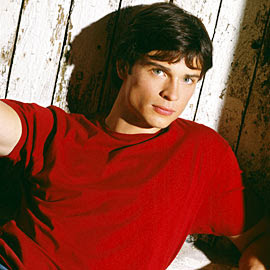 OK, I'll admit that Welling is pretty handsome. But I can't give him more than two kryptonites. This is undoubtedly a visceral response straight from my reptilian hindbrain as a result of slogging through season after season of a teenaged Clark Kent whining about Laaaaannnaaaaa. Plus, no tights/no flights? Then no higher than two nuggets on the kryptonite scale.

Alex Ross is an artist known for his distinctive illustration style, in which he depicts classic superheroes in lush, gorgeous images that capture the iconic nature of the characters. Ross' Superman is a hero for the ages: strong, handsome, noble. However, he loses a few kryptonite nuggets for giving Superman a neck as thick as his head and a slightly mean cast to his eyes. (If you're not familiar with Ross' work, check out his website. He truly is remarkable.)

Dean Cain in The Adventures of Lois and Clark 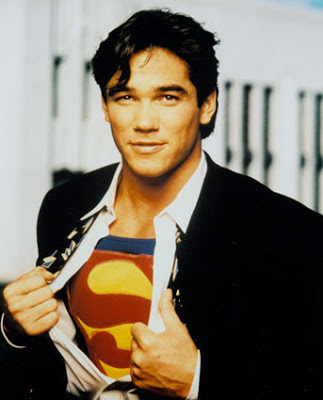 I was an impressionable teenager for much of the 1990s, and Dean Cain had a fairly major influence on the qualities I consider attractive in the opposite sex: killer smile, intelligence, tousled dark hair, red briefs outside of his clothes. Naturally, Cain's Superman ranks high on the kryptonite scale. Unfortunately, it's hard to get over those awesome '90s fashions and just about every sad TV movie he's done since this show went off the air. Can't we just remember him in his superheroic glory days?

Henry Cavill in Man of Steel 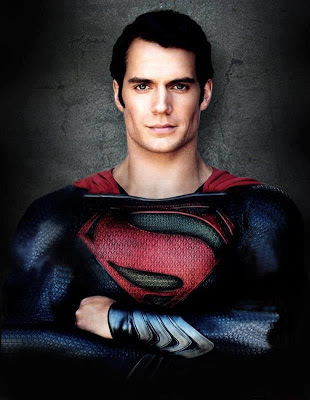 This man is ridiculously handsome. RIDICULOUSLY. At one point in the film, Martha Kent (Diane Lane) wonders if her adopted son can carry the weight of protecting the world on his shoulders, and the camera highlights the way every muscle in his impressive torso is straining against his thin white shirt, and I think I speak for everyone in the audience when I say, YES. YES, HE CAN.

(Side note: Vulture has a hilarious and informative discussion of Cavill's hairy super-chest in the film, and it is dead-on. Bring on the furry superheroes, I say.)

So what do you think? Would you give any of these Supermen more or less kryptonite? Let me know in the comments!