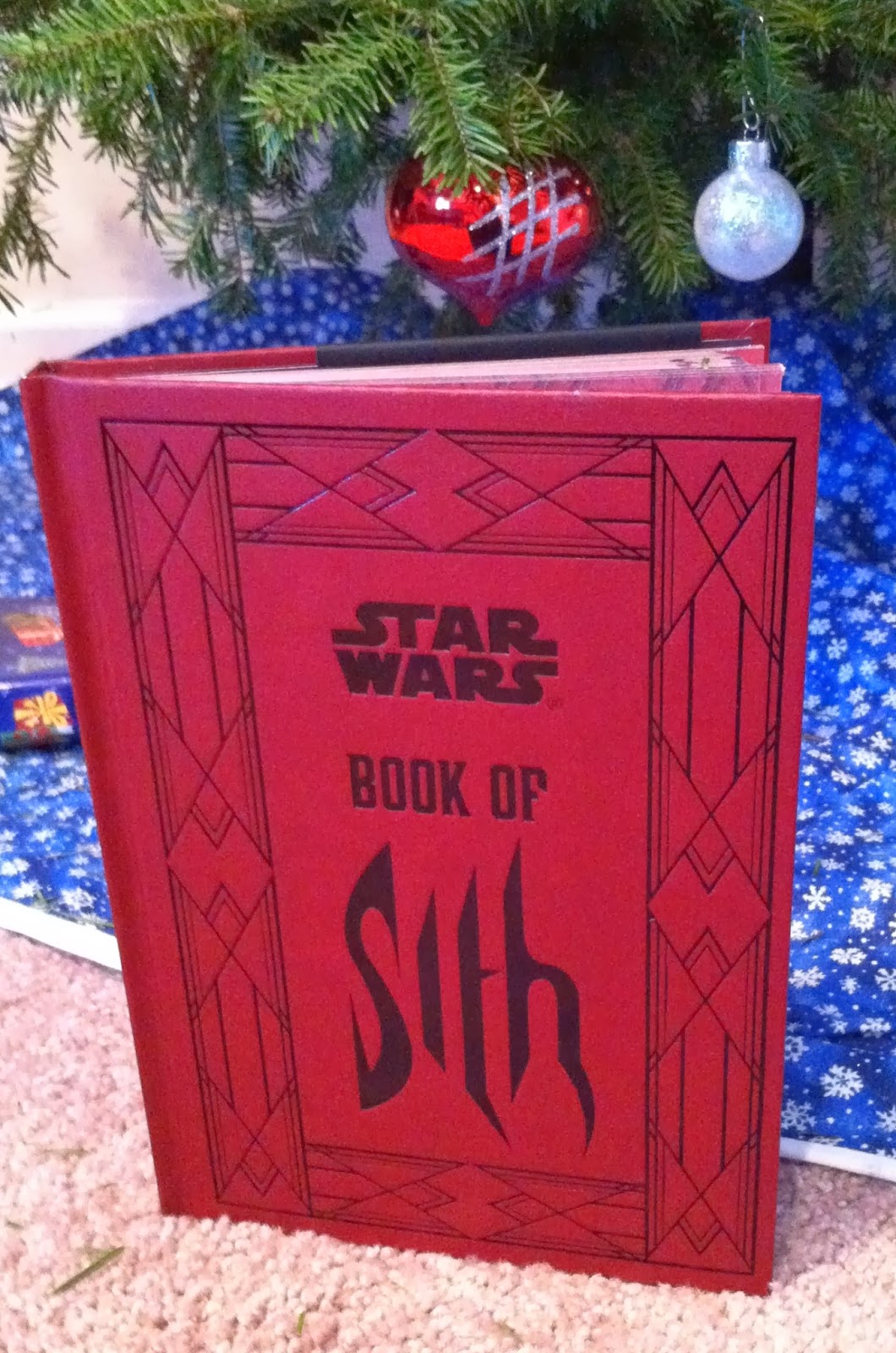 I got a lot of gift cards for Christmas this year, a thoughtful gift which meant I could purchase exactly what I want and then pretend that the person handed it to me wrapped in paper. One item I bought was The Book of Sith (the hardback book by itself, without the Vault) by Daniel Wallace.

The Jedi Path is one of my favorite Star Wars books, since it looks like an in-universe artifact and contains comments made by characters from lots of different eras, and the Book of Sith is very similar, except with more Knotters of Entrails. These books work whether the reader is into the wider EU or not: they can serve as introductions to characters such as Quinlan Vos, and will read as mysterious and unearthly if the reader doesn't know the EU. If the reader does know the EU, she can have fun pinpointing all the connections between the various books.

The illustrations and different fonts really make the book look like it was unearthed in an archeological dig somewhere. Different sections even have differently sized pages. (The "Star Wars" logo emblazoned on the cover and spine break the illusion a little, but I suppose they have to be there.)

One of the most interesting things about the Book of Sith is the way it talks about the Nightsisters of Dathomir and connects Mortis to their mythology. Seeing the Son and the Daughter of Mortis portrayed as Nightsister gods made them feel more organic to the Star Warsuniverse. I wish that idea could have been in the show, though, because not everyone reads the tie-in material, and it's a major piece of the Mortis puzzle to leave out.

Book of the Sith did a lot of heavy lifting in terms of continuity, using characters' asides to clarify what they did or did not know or how one thing linked to another. Even the cultists of Byss get a mention, and Luke's asides explained how ancient Sith "spells" are really more familiar Force techniques. The notes from side characters were informative and, sometimes, funny - especially the ones from Quinlan.

I didn't expect much diversity, but The Book of Sith featured major female characters like Mother Talzin, Asajj Ventress, and a diverse cast of ancient Republic Sith. Another thing I liked about it was the way it lent itself to different reading styles. Like The Jedi Path, it can be entertaining whether you read it cover-to-cover or just pick it up for a few minutes. The book works as both a cohesive story and a fun collection of bits and pieces.