He's Batman: In Defense of Casting Ben Affleck as the Dark Knight

Dear readers, our time of tense national waiting is over. We have a new Batman. 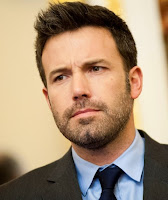 Ben Affleck — lover of Jennifer Garner, supporter of Boston, winner of Oscars, broheim of Matt Damon, and possessor of a heck of a head of hair — has joined the cast of Zack Synder's Man of Steel sequel, which will pit Henry Cavill's Superman against an older, wiser Batman.

Already, the casting of Batfleck (TM the Internet) has filled fans with fiery gusts of righteous rage. Here's a roundup of the angriest reactions, including a change.org petition to remove Affleck from the role. Also, there was this:

Ben Affleck officially cast as Batman in the Man of Steel sequel. For the first time in history, I kind of want Superman to win.
— The Batman (@TheBatman) August 23, 2013


I'm just going to say it: This is a good thing. I'm optimistic — nay, I'm excited — about this bit of casting. Yes, Gigli was an abomination. Daredevil was hugely disappointing. Pearl Harbor was a bombastic mess. But these are all pre-2003, people — AKA a decade ago. Like most of us, the guy has grown over the past 10 years. Hollywoodland. State of Play. Argo. The Town. Affleck demonstrated mature acting chops in these films, and in the case of the latter two, mature directing chops, too. And I'm over the moon about his casting as Nick in the upcoming Gone Girl adaptation. He has just the right amount of weaselly handsomeness to play the unreliable narrator. 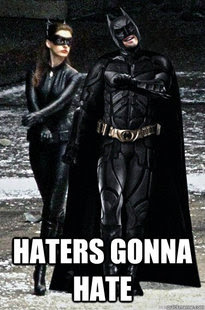 Keep in mind that the upcoming Supes vs. Dark Knight film pits an eager young Clark Kent against a world-weary, battle-scarred Bruce Wayne. Affleck can bring that tired, damaged warrior feel to the character. He's aged out of the callowness of youth and into a grounded performer.

Of course, Christian Bale was fantastic as Bruce Wayne. But if we're snickering about Affleck's personal foibles (the unfortunate J-Lo era springs to mind), please don't forget that Bale's no angel, either.

In short, like Bruce Wayne, Affleck is up against the shallow, playboy stigma that clings to him from his reckless younger days. And like Wayne, I suspect Affleck can overcome that by dedicating himself to his craft and winning over his detractors.

Agree? Disagree? Let me know in the comments.