1 Vote
A friend of mine once said to me the greatest thing about the internet is that it has allowed talent to be seen that would otherwise have gone unnoticed. As someone who has published a book that is only in ebook format I would have to agree. This sentiment seems to be shared by television producers as well. When Netflix and then Hulu made original series it made sense because they were services that dealt with TV, but PlayStation? Hell yes!

I first saw a preview for "Powers" when I saw the final Hobbit movie in theaters in December. I thought it looked interesting. It seemed odd to me that PlayStation was in the business of making TV shows. I thought if they were going to get into, TV they better get it right. But, after a few days, I forgot about it. Then, a couple weeks ago, after getting on my PS4, I saw an ad for it again. I was in the middle of so many things and didn't want to start watching a new show in case it got addicting. I made the right choice because PlayStation got this one right.

I finally watched the pilot the other day and was immediately hooked. If anyone doesn't know, "Powers" takes place in a world were it isn't uncommon for people to have super powers. And, like in all such worlds, some use their powers for good and others for evil. The main character is Christian Walker who used to be hero named Diamond before he lost his powers. Now, he works for the LAPD in the Powers Division which tracks down the people with powers who break the law.

Unlike most film portrayals of super heroes, this show is more focused on the characters than on the fight scenes. This may be because it has a low budget, but I am not complaining. I feel this is better than all the Marvel movies in the Avengers universe because of it. It deals with real life issues such as loss and finding a way to fit in in our world. The characters have depth and are well acted by the likes of Sharlto Copley and Eddie Izzard. If you are a fan of say Iron Man and Captain America, then you may not like this show. If you are a fan of Watchmen, then you have to at least check this show out because they are in a similar vein.

The only thing that annoys me about this show is simple. I can't binge on it completely. The episodes come out one at a time so now I'm waiting week to week to see what happens next. I just started last week, so when I saw there were six episodes up I thought that's all they had made. When I finished episode six and everything wasn't resolved I flipped. Then, I calmed down and used that amazing internet to discover there are more episodes coming. So now I have to wait and write things like this to pass the time. But, it's almost Tuesday (the day new episodes premier). 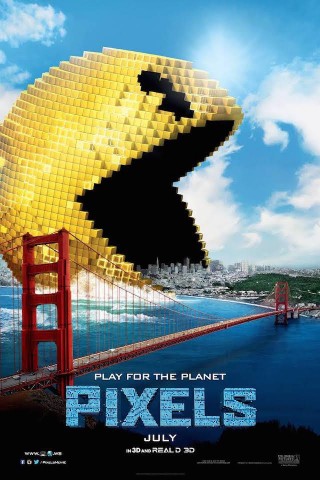 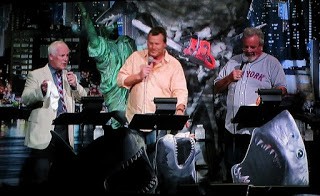